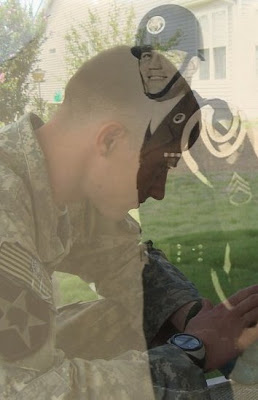 Lisa, a beautiful tribute to two honorable men and the woman who loves them both. It really touched my heart an I can only imagine what it has meant to Kimberly to have such a beautiful tribute as a keepsake that she can share with her family. Cynthia

Hey Lisa, just a FYI, the 82nd Airborne Division is at Fort Bragg NC and the 101st is in Fort Cambell KY. As a VN I appreciate your article, thanks Jerry.