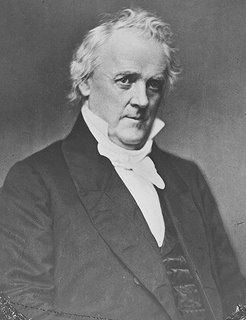 Since I teach children who are not even teenagers yet I try to stay away from certain topics. I don’t talk about certain subjects like abortion and homosexuality because my students are still at an age where some know about these subjects while others do not. It is not my place to tell them. Not yet. It’s amazing though how these types of topics creep into my classroom when I least expect them.

The question “What is a homesexual?” is not one of the questions I feel comfortable answering. Neither is “What is oral sex?” or “What is virginity?” Believe it not these are questions I have been asked before during class. Was the inquiry a real wonderment on the inquisitor’s part or was it for shock value to disrupt? I tend to think it is generally for the latter since these types of questions come up at the strangest times from students I suspect already know the answer. Needless to say I don’t take the bait. I certainly don’t need little Bobby or Sue to go home and say, “EHT says a homosexual is someone who….”

It’s not my place.

My great blogging friend Michael over at the American Presidents Blog recently provided a link to a very interesting web site called Tall, Slim, and Erect. I clicked on several presidents and read the information presented there. The information concerning James Buchanan gave me pause. It reminded me of a predicament I got myself into soon after I had started teaching.

Fifth grade students were assigned a president to research. I have quite a collection of presidential trivia books, and our media center has an extensive collection of short presidential biographies, so it really is a good topic for fourth or fifth grade to put their research skills in action.

So that particular year one eager student was assigned James Buchanan. The student arrived on the due date with paper in hand along with the required poster. The poster was exquisite. It was almost too perfect, if you get my drift. As teachers we all experience this when we assign home research projects. Parents get involved and they finally get to do the project they didn’t get to do because their parent horned several years before. It’s a rite of passage, isn’t it?

The student in question was one of those young men who was never organized, who had physician handwriting, and usually turned in things that looked like they had been up his nose or some other cavity before he turned them in. I usually needed a clothespin and rubber gloves to grade his assignments.

My fine young historian had elected to present his research in the form of a concept web on a red piece of posterboard. The name James Buchanan was in the middle written in crayon with fine script writing on white paper. Each entry was also framed with a piece of blue construction paper that peeked out from the edges of the white. The handwriting was an appropriate height. Black lines spread out from the middle to each concept and wrapped around the entries giving them focus and depth. It was a stunning poster…..you could read each entry from half a classroom away.

There were several ideas spread out around Buchanan’s name….lawyer, state representative, senator, diplomat, and finally my gaze fell upon the final entry………gayfer. GAYFER. GAYFER?

Pushing the envelope is fine but in the immortal words of Dirty Harry, “A [teacher] has to know their limitations.” Some envelopes are razor thin and leave nasty paper cuts if you push back too hard, however, allowing the poster to go up in the hallway with a slur towards a particular group of people would not do.

As far as James Buchanan being gay it is more than likely true. Head on over to the American Presidents Blog and read the remainder of my post including how I handled this push and shove match.
Posted by EHT at Sunday, September 17, 2006

Well I learned something new today!

So glad to read a happy ending to this story! The happiness for me is in the student admitting that his (obviously homophobic) dad had made the poster. And "gayfer" is about as acceptable as the N-word, so it's good that the kid covered it with "bachelor president."

Like Onyx, I learned something new about the history of my America today. Thanks, EHT!

In this morning's USA TODAY, you are quoted from an earlier posting saying "to my colleagues and I".

I am going to assume that, as a college-educated teacher, you were exposed somewhere in your past to the objective case. Would you have said "it's exhausting to I"?

If one presumes to be a spokesperson for one's profession,especially a profession involved with shaping minds, one should communicate properly.

Anonymous said...
This comment has been removed by a blog administrator.
3:01 PM

The trolls are out today.

Yes, kderosa I believe you are corrent.

Reader, please understand that I gave the interview to USA Today by phone. I believe we are all aware that what we say and how we say it doesn't always transfer to the paper itself. I did not type the interview, have any control regarding the contents, or have any say so in how the report was revised or edited. Please refer any comments regarding typos or grammatical infractions to the author of the story or the paper.

Anonymous, it is very sad that you feel you have to resort to name calling. I won't allow that on my site. Sorry....

Reader....one more thing. I appreciate you advising me regarding the problem. The correction had already been handled on my end. I have notified the paper.

I wanted to tell you how much I enjoy your blog. As a teacher of tenth graders, I wish they had the foundation you provide in elementary school.

On the topic, this week we are learning about Alexander the Great and their favorite question has been "Was he really gay?"

So important to our lesson, I am sure. Hollywood has helped them with that idea.

Thank you anonymous. I agree with you that Hollywood brings many things into the classroom today that you and I would never have experienced in our day.