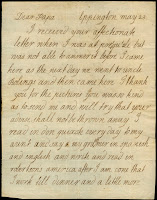 Halloween night Mr. EHT and I received a phone call that every parent dreads…one from a stranger identifying himself as an EMT.

My mind worked furiously to comprehend what he was saying, but all I wanted to say was, “Surely sir, you have the wrong number.” He just kept rattling off information ---he was with my daughter, there had been an accident, he and his wife ( a nurse) had been driving by, he assured me they would stay by Dear Daughter’s side until she was in the ambulance.

The voice on the other end of the phone said, “Yes, she’s complaining (hmmmm…….complaining….that’s good, I thought) of back and neck pain, and they have her on a backboard to stabilize her until they can see what is causing her pain.

After arriving at the hospital, Mr. EHT and I discovered barring any findings from the x-rays, Dear Daughter was just very scared and hurting from the slam of the airbag deploying and the strain against the seatbelt.

Dear Daughter’s Youth Minister had at arrived at the hospital about the same time her father and I had walked in. We left him in a near empty waiting room to see our daughter. Fifteen minutes later I returned to the waiting room to advise Pastor Danny how Dear Daughter was doing and to see if he wanted to go back to see her.

I was taken aback. The empty room, in that very short span of fifteen minutes had filled up with various members of our church and several teens. The room was full. We were overwhelmed with the support we had. Most stayed until Dear Daughter went home later that night.

Friends and family…..they certainly come in handy in the time of a crisis, don’t they?

Since that night I’ve continued to think about the support that was freely given to my family and as I tend to do I began to put a historical spin on the whole episode. My thoughts zeroed in on Thomas Jefferson and his daughters. He certainly knew what it was like to depend on friends and family during moments of crisis and upheaval.

Head on over to American Presidents to see where I’m heading with all of this……..here

The letter pictured at the beginning of this post was written by Mary Jefferson to Thomas Jefferson.
Posted by EHT at Tuesday, November 17, 2009

Eeek. Hope there are no issue that pop up at a later time....! For your daughter, Get well Quick !

Glad your daughter wasn't seriously hurt. When we had a serious car accident 9 years ago, somehow it was shown on TV. We were bruised and battered but no terribly hurt. The amazing thing was how many of my students and parents who had come to the emergency room! I was truly humbled by the caring of all these people.