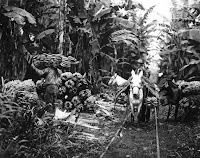 When I was a little girl my mother always shopped for the week’s groceries at the same location – the Kroger grocery store located in the Jamestown Shopping Center in College Park, Georgia. Mother was a slow and methodical shopper and inevitably she’d see someone she knew and would stand in the middle of the aisle talking for what seemed to me to be forever. The topics didn’t interest me at the time…..who was sick, who was well, who had divorced, the next impending PTA project, a church social….blah, blah, blah.

I hated those trips….I was always attempting to find something to occupy my time. I would mosey over to the front corner of store where the plywood magazine rack was located. Someone had painted it Columbia blue so it was easy on the eyes, and the bottom area of the shelf was deep enough for a young kid like me to actually sit on a stack of magazines and lean against the side of the rack perusing issues of Archie comics, Disney Digest, and later on a few issues of Tiger Beat, Seventeen, Glamour and the more racy Cosmopolitan.

Prior to wading into the sea of magazines and comics at the front of the store, I always performed a quick walk thru the produce department. My goal was a Chiquita banana sticker. Once I located a sticker I promptly removed it and placed it on my forehead or cheek where it would stay for an undetermined length of time.

I don’t know…it just seemed like the thing to do, and it seemed to agitate my mother to no end, so…..

Fastforward several years and it’s just another day in my fifth grade classroom. Students are at lunch and I have a few scant minutes to look over my afternoon lesson plans, slurp down a cup of soup and visit the restroom for the first time since six a.m. that morning. Yes, that twenty minutes of “lunch” that was bestowed upon me was jammed with more than eating and it was precious time for me.

As I rushed out to pick up my class I grabbed a simple envelope I had crammed with homemade stickers the night before.

Yes, you guessed it….Chiquita banana stickers. I had found the design online and using a Xyron sticker machine I had created a Chiquita label for each and every student, and of course, one for me.

Now think about it…I’m dedicated to my job. I’m dedicated to drawing kids into a lesson , but there was no way I was going to wade through the entire bin of bananas at my local Kroger and pull off every sticker I could find until I had enough for my kids. I didn’t think the produce manager would appreciate me stealing 28-30 stickers either.

As the kids put their tray up and got in line I stopped and visited with each one as was my normal custom…..chit-chatting along the way, reminding those with retainers to make sure they didn’t throw them away, and keeping the more unruly kids from losing total control of their gangly arms and legs that seemed to always make contact with another student “by accident.”
This day as I advanced down the line I asked each child, “Forehead or cheek?” As they answered I used the palm of my hand to jam a sticker in the indicated spot. When the last child had been “stickered” I went to the front of the line and placed a sticker on my forehead as well, and we began the trek back to our classroom.

We stopped along the way to visit the restrooms and as they waited some of the kids peppered me with questions about the stickers, others examined the sticker on their friend’s cheek or forehead. I merely smiled and kept my finger to my lips as a reminder to students that we don’t talk in the hallway.

Once we were all back in the classroom I took my place at the front of the room and began to relate my childhood affection for Chiquita banana stickers and told students ElementaryHistoryTeacher never does anything without a purpose and there was a purpose behind the stickers.

Chiquita Brands, the company that brings us Chiquita bananas began in 1899 as United Fruit Company, an American company, that not only traded in bananas but pineapples, too. Through the 1900s, United Fruit became very powerful in third world countries…..mainly in Latin America….where they operated huge plantations, held huge tracts of undeveloped land, and owned the very roads and railroads that moved their produce to the ports. In most areas United Fruit contained such a tight hold on the banana market it had the ear of local and national governments. From this the term Banana Republic was born….

O. Henry ( William Sydney Porter ), first referred to Latin American countries as Banana Republics in his collection of stories titled Cabbages and Kings, …… Yes, in case you are wondering that is the same O. Henry we remember as the master of the ironic twist from literature class.

O. Henry had fled to Honduras for one year in 1896 regarding a pesky charge of embezzlement by United States Federal authorities. O. Henry was concerned by the “servile dictatorship” that existed due to a corrupt relationship between foreign companies like United Fruit and the government of Latin American nations.

Now hold on because we are fast-forwarding again to the 1950s….the time of Eisenhower and the time period my fifth graders were exploring. The fabulous fifties….the perfect family, rock and roll, the Slinky, and Pactomania.

….and the fabulous Fifties was the time when the CIA began to use covert operations sanctioned by the White House to manipulate the world into a landscape that fit America’s position in the Cold War.

In March, 1951 Jacabo Arbenz Guzmin came to power in Guatemala in what was touted to be the second-ever universal suffrage election for the small nation and the first peaceful transition of power in their history. His campaign promises included making Guatemala economically independent and he wanted to extend voting and labor rights. Guzmin pushed for Decree 900, a law that would expropriate (eminent domain), uncultivated land belonging to large plantations transferring it to the people for their use.

Suddenly the Eisenhower administration was taking a long hard look at Guzmin and events surrounding the country because it appeared that the situation there was sliding down the Communist slope rather quickly.

John Foster Dulles, Eisenhower’s Secretary of State, acted aggressively against Communism and saw it as a real threat to the American way of life calling it “godless terrorism”. Under his watch he built up NATO and was a pioneer of massive retaliation and brinkmanship – the willingness to go to war in order to force the other side to back down – a very dangerous game of chicken. Dulles also argued that it was easy for Latin American countries to succumb to Communist influence since the lower classes in those countries blamed European imperialism and American capitalism for their problems. He also engaged in what has been termed Pactomania. During his tenure as Secretary of State he secured alliances with 42 separate nations and had treaty relations with over 100 nations.

The Secretary of State’s brother, Allen Dulles, was director of the CIA and a former member of the Board of Directors for United Fruit Company.

Because it seemed that Guzmin had Communist sympathies and because the Dulles brothers were so hell bent on ousting Guzmin, President Eisenhower gave approval for the very first clandestine military action in Latin America by the CIA. Their operation received the codename PBSUCCESS, and its goal was to depose Guzmin in favor of a politician selected by the Eisenhower administration…someone more amiable to the wants and desires of the United States. A side goal to Operation PBSUCCESS was to send a message to the Soviets that the American government would not tolerate the spread of communism in the Western Hemisphere.
Since Eisenhower would not supply directly involve the U.S. military the CIA trained an opposition army at secret camps in Nicaragua and Honduras

The CIA also masterminded an extensive propaganda campaign in Guatemala to convince citizens the opposition army was a force to be reckoned with as well as a psychological campaign against Guzmin supporters. Threatening calls were made in the middle of the night promising bodily harm and even death.

United Fruit also began a propaganda campaign of their own conducted by Edward Louis Bernays, the father of the public relations concept. It was Bernay’s job to smear Guzmin in the American press as a Communist. Bernays relied on the concept of “engineered consent” – the belief that the American public is generally undisciplined, ignorant, and has no moral principles and could therefore be manipulated by linking products and ideas to their unconscious desires.

Ten days after opposition forces crossed the border into Guatemala on June 18, 1954 Guzmin resigned and fled to Mexico.

Days later Allen Dulles, Eisenhower’s Secretary of State, along with met with President Eisenhower to provide an assessment of the situation in Guatemala. Unfortunately, the President was not given the entire story. He was told one man had been killed when it had actually been 48. From that point on covert operations were accepted as an inexpensive and safe method of fighting Communisim in Latin America.

It was also within a few days of the coup d’ etat the CIA began Operation PBHISTORY which was an attempt to secure of 150,000 documents from the Guzmin administration. Subsequent examination of those documents found no links between Guzmin and independent Communist within the borders of Guatemala.

Guatemala has remained unstable and prone to civil war ever since, and it can be argued the whole episode was for naught.

…..and I bet you thought I was going to open my lesson with that cheesy Chiquita Banana Song, didn’t you?

Shows what YOU know…..ElementaryHistoryTeacher doesn’t DO Carmen Miranda, but it would be a spectacular show! :)
Posted by EHT at Thursday, March 11, 2010

Enjoyed your post; unfortunately it is mis-titled. It should be "The real history of the US which is not taught in elementary schools." I have lived 57 years and have yet to run across the history student, at any academic level, who knew the faintest thing about CIA atrocities post-WWII. These include Operation Paperclip (the CIA's evacuation of Nazi war criminals, for whom they found jobs in our military/intelligence/aerospace spheres, after WWII), Operation Mockingbird (the coercion of the free press in America), Operation MK-ULTRA (the systematic drugging and brainwashing of unsuspecting citizens), and ZR-RIFLE and Operation Mongoose (assassination programs). In essence, the CIA was operating a secret government which controlled foreign and domestic policies. And it was killing off duly elected leaders around the globe. The day that this correct history is taught in our public schools is the day I'll start believing the CIA motto: "Ye shall know the truth, and the truth shall set you free."

Admiring the time and effort you put into your blog and detailed information you offer!
mba