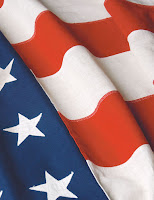 History is jam packed with moments…..moments great and small.
For someone like me they are all equally intriguing….all equally important though some actually get a little more play in the classroom than others.

If I had to ask you about your top ten list for events in American History more than likely we would all have varying lists with a little overlap.

I’m sure that most of you would include events from the Pilgrims landing at Plymouth Rock, the Boston Massacre, or even Dr. King’s “I Have a Dream” speech.

My events would be a little more obscure (for some)….Shay’s Rebellion, the inception of The Manhattan Project, the Election of 1800, the March on Washington Movement (1941-1947), or the Battle of Fallen Timbers.

The folks over at Online School recently alerted me regarding their post titled One Hundred Great Moments in American History You Can Catch on YouTube. Their list includes moments involving war, presidential inaugurations, assassinations, music, sports, world ties, and so much more.

I’ve looked through their list and there are many gems there. Some that rose to the top for me include:

World War II: The Lost Color Archives: One of the most devastating wars in the history of mankind, this five part series contains many lost images of the war presented in color. There are images of many turning points in the war and even images of Hitler himself.

The Declaration of Independence: The birthing document of the United States was signed on July 4, 1776. Mel Gibson, Michael Douglas, Whoopi Goldberg, and others recite it word for word.
Gettysburg Address: Abraham Lincoln gave this speech at the Soldiers’ National Cemetery in Pennsylvania on November 19, 1863, at the height of the Civil War. Actor Jeff Daniels reads it over a slideshow of historical images

Reagan’s 1964 Republican National Convention: "I think it’s time to ask ourselves if we still know the freedoms that were intened to us by our Founding Fathers."

First Moon Landing: The Russians beat the Americans to space, but Neil Armstrong played a pivotal role in history when he set foot on the moon in 1969. This short video is actual footage of the moon landing, including the historic line.

Go on…..go take a look and find something to occupy your time in a fashion that will inspire you and remind you that we do live in a great nation with a great and long history.
Posted by EHT at Monday, November 23, 2009

Thanks for sharing.. All that have been mentioned were discuss in my history class

Hi,
It was a very nice article! Just want to say thank you for the information you have shared. Just continue writing this kind of post. Thanks.
Custom Dissertation

Hi,
This is really great work. Thank you for sharing such a useful piece of information here in the blog.

Hi,
It was a very nice idea! Just want to say thank you for the information you have shared. I can see that you are putting a lot of time and effort into your blog and detailed articles. Keep posting the good work.