Sex in the Elementary Classroom????

Even in an elementary classroom the subject of sex comes up –

*Sexual slang is overheard constantly coming out of the mouths of nine and ten year olds. F-this, F-that, she’s a B, he’s a D and so forth. They hear it on television, they hear it from older siblings, and they hear it from parents. Early on in my teaching career I advised a parent his son was using the F-word in my classroom. The father’s response…….”Don’t you have other things to worry about other than my child’s vocabulary?”

*Sometimes historical content can lead down a path to sex. Once when instructing students about the Lewis and Clark expedition I decided to show a video from United Streaming. I previewed various sections. It appeared the video was full of visual images ( which I needed), and the content was safe for students to watch. When I showed the video to my first group of students the next day I was appalled to discover a few minutes of the tape discussed the fact that when the explorers met up with certain Native American tribes the women clamored for the white men to sleep with them because they thought it might be good to infuse their “stock” with some different genes. Upon hearing this there were giggles and smiles back and forth between some of the kids. I knew they weren’t going to let it go, so following the end of the video I asked for questions and comments and THAT part of the video was a popular topic. Somehow I moved them away from the subject of humans procreating and we got back to the subject at hand…..the expedition.

Another time the word “sectionalism” got me into hot water as well. See that post here.

*Then there is always the fourth and fifth grade curriculum for health which always ends up being called “sex ed” by parents and students. Basically the content just covers body changes, etc. and the classes are gender oriented. For some reason I always taught the boys, and I learned early on NOT to entertain open question sessions. I had students write questions on index cards and turn them into me each day. I would open each lesson with discussing the answers to two or three “safe” questions. I was often amazed at some of the things they would ask me.

So, with sex in mind here are a few sex facts I located recently……I almost feel vindicated about the fact regarding sock in bed…..which I feel is tacky. 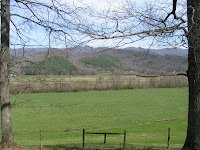 Ah…..a lazy Sunday doing bloggy things like checking out new sites and reading a post here and there.

Check out these new additions to the blogroll:
Education Insights – all about online education
The Selvedge Yard – a very good friend of mine turned me on to this site and I’m glad they did….JP’s ABOUT page states, “The Selvedge Yard is about all the things that interest me– a menswear product, presentation & branding guy with a passion for people, places things & ideas of enduring heritage, quality, authenticity & character. But I’m not all old school all the time– I appreciate innovation & technology in all things.” the most recent posting discusses when country was C-O-U-N-T-R-Y and a few wonderful images from Henry Horenstein is exhibited.
Constituting America – this site’s mission is to reach, educate and inform America’s youth and her citizens about the importance of the U.S. Constitution and the foundation it sets forth regarding our freedom and rights. Check out the postings for the The Federalist #56 and #60 that were written by James D. Best, author of Tempest at Dawn, and where I made a comment on each and my own post regarding The Federalist here One of the founders of Constituting America is Janine Turner….yes, Hollywood’s Janine Turner.
The American Association for State and Local History – Yep, they are blogging now as well at their site. Go visit, join and receive their publication.
While clicking through reading postings by some of my friends on the blogroll I found this post sharing 50 great tips for using Facebook as a professional tool rather than something to be feared. Say what you want to about Facebook….there are some good tips here…..
and finally from the American Historical Association blog they are discussing the recent 18th-century boat unearthed at the World Trade Center site. The post states that it is believed the ship’s hull was used as fill to extend Manhattan into the Hudson River. The AHA also links to an additional article concerning the excavation of a 19th-century river wall at the same site and how current plans require developers to tunnel through it.
Say it ain’t so!!!!
The linked article states, “For the next few days — but not much longer — a 40-foot-long section will be visible of the massive bulkhead that marked Lower Manhattan’s edge until the creation of Battery Park City. What can be seen are several courses of granite blocks, each about two feet high, two feet deep and four feet long. They are arranged in a kind of monumental Flemish bond, with the blocks’ long and short sides laid in an alternating pattern.”
….and on a heavy note I’m overrun with spammy comments all over this site. I guess I’m going to have to resort to comment moderation at some point. I’ve spent a good 30 minutes removing some comments, and I haven’t even scratched the surface.
Sigh………………
Happy Sunday!
Posted by EHT at Sunday, July 25, 2010 0 comments 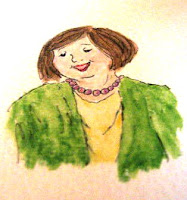 Well, it's sorta a brand new me.......the image used here is new. Hot off the drawing board from Dear Sister to me. I'm thrilled with it because a family member drew it, and together she and I own the rights to it.....you might just see it on the cover somewhere of that book I'm still working on, and some upcoming curriculum I'm going to offer up for sale as well.

How do you like the new EHT? Just one of the little changes going on here History Is Elementary.

So, is anybody still out there reading my meager offerings? Are you just getting that occasional email from Feedblitz or some other source and just deleting it?

.....and be patient with me. I'm trying to make the changes around here as painless as possible. There is still some tweaking to do on the right sidebar........and I hope to have a fan page up and running on Facebook this very week.
Posted by EHT at Monday, July 19, 2010 7 comments

Yep, we are under major construction here at History Is Elementary. It was time I converted to the new Blogger that came down the pike many months ago. I never did and it has kept me from enjoying various things that would make my life a whole lot easier.

So, dear reader.....for the next few days you may find it a little difficult to move around here at ye olde blog, but never fear....I think you will like the changes.

I know I will.

Thanks for continuing to visit, thanks for the emails and comments, and most of all.....thanks for the links. :)
Posted by EHT at Sunday, July 18, 2010 0 comments

Several weeks ago the book A Nation Rising by Kenneth C. Davis was sent to me for review. If you don’t recognize the name you should…..Mr. Davis writes the Don’t Know Much About® series and other works such as America’s Hidden History: Untold Tales of the First Pilgrims.

The complete title of A Nation Rising includes the sub-title Untold Tales of Flawed Founders, Fallen Heroes and Forgotten Fighters from America’s Hidden History. Hmmm…the flawed, the forgotten, and the fallen – sounds like MY kind of history. Curing the myths, making connections that are rarely taught in the classroom and giving credit….the good and bad…where it is due – that’s MY style!

Mr. Davis certainly comes through on his promises and more….

The premise of the book seeks to explore the ideals that birthed our nation – All men are created equal and life, liberty and the pursuit of happiness - and parallel them with the knowledge that so many Founders owned slaves and condoned the systematic removal and murder of Native Americans from their homelands. Mr. Davis contends his book examines…..”the stunning gap between America’s ideals and its realities….For all the distance that America has traveled as a nation since 1776, the country still needs to reconcile the glorious dream with the dark nightmare that haunts America’s past.”

The time period A Nation Rising examines is one of my favorites – the fifty year span from 1800 to 1850. During this time America became a nation ‘ from sea to shining sea’. The population increased from 5.3 million with nearly 900,000 of that number in slavery in 1800 to over 3.2 million slaves based on a 23 million population number in 1850. Kenneth C. Davis takes those figures and uses them along with little taught history to show how a nation went from the ideals of their forefathers and in less than one hundred years was in the midst of the Civil War.

How on earth did that happen?

He advises, and I agree that to truly understand how our nation was shaped we need to take a serious look at the fifty year period from 1800-1850. Unfortunately, those years are often rushed through and not taught as well as they could be in a mad dash to get all those standards in leaving events like the election of 1800, the War of 1812, and the Seminole Indian Wars on the curriculum cutting room floor.

If you are clueless concerning William Weatherford, Francis Dade, or Madison Washington you need to read this book. Ever hear of the ‘Bible Riots’? Sounds like something that took place in the Bible Belt of the South, but actually they occurred in the City of Brotherly Love – Philadelphia. The Massacre of Fort Mims is discussed as the most popular couple of the time period – John Charles Fremont and Jessie Benton Fremont.

If you are a little sketchy regarding the Seminole Wars and the role runaway slaves and free blacks played in the process you need to read this book. Many of the chapters also deal with events surrounding the role Andrew Jackson played prior to becoming president. While lionized as the quintessential American hero there are Americans to this day who refuse to buy or sell using twenty dollar bills because they contain his image. Why is this?

Kenneth C. Davis ends his introduction piece to the book with this quote from JFK that hits home with me and reminds me why I do what do as an educator and writer who focuses on history:

“For the great enemy of truth is very often not the lie – deliberate, contrived, and dishonest – but the myth – persistent, persuasive, and unrealistic. Too often we hold to the clichés of our forebears….We enjoy the comfort of opinion without the discomfort of thought.”

Education should do both…..provide opportunities for the comfort of opinion and the discomfort of thought.