When I was high school there was this girl a couple of years older than me who wore pink every chance she got. We were required to wear school uniforms, but had the choice of adding jewelry and scarves in order to feed the need to be unique and different.

I threw my identity out for others to see by using an antique men’s collar bar to pin various handkerchiefs to the lapel of my “required” navy blazer. I alternated between a handkerchief my mother had brought back from a trip to the Caribbean and one that belonged to my great grandmother I had found languishing in a drawer at my grandfather’s.

But this acquaintance of mine absolutely adored pink…..she accessorized with all things pink that she could get away with and constantly announced to anyone, much like Shelby Eatenton in the movie Steel Magnolias, that “pink was her signature color.”

Unfortunately my friend and even the character of Shelby Eatenton can’t exactly corner the market on credit regarding the signature pink line because a former First Lady has that honor.

Find out more about Mamie’s signature color and her impact on Christmas at the White House in my post at American Presidents Blog
Posted by EHT at Wednesday, December 16, 2009 3 comments

Around my house the Great Awakening is when Dear Daughter is roused each school day morning. We yell…we cajole…we holler something akin to the Rebel Yell.

Nothing meets us but dead silence.

We bang the wall.

Finally and faintly we hear, “I’m up!”

Of course, that’s not the end of it – we will have to repeat the exercise at least four times for her to be truly up, and I’m never at ease until I see she has finally made her way down the steps.

It is a cross we bear as parents of a teenager, I guess……among many other crosses.

In history the Great Awakening refers to periods of great religious revival in our nation. The approximate years for the first Great Awakening occurred from the 1730s to the 1760s, and the movement mainly consisted of changes regarding how pastors approached the delivery of their sermons moving from a heavy dose of theology to more of an appeal to the emotions and practical application.

While it is easy to discuss the attacks on religion today we need to remember that by the end of the 1700s many church leaders knew their hold over Americans was weakening mainly due to the growth of scientific knowledge and nationalism.

The Second Great Awakening occurred from the 1790s to the 1840s after church leaders had mobilized and organized so to speak…..

While the second movement spread to various areas north, south, east and west it began in Kentucky of all places in the middle of frontier farmers, and spread rapidly mainly through the use of circuit preachers who traveled from town to town and sometimes from house to house.

The main denominations in the movement tended to be Methodists, Baptists, and Presbyterians. Church leaders held camp meetings that went on for several days promoting the message that individuals must include God into their daily lives and rejected the Calvinistic idea that only a chosen few were predestined for salvation. Church leaders preached all could attain grace through faith and faith alone. 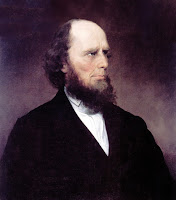 Charles Grandison Finney, a Presbyterian minister, was one of the better known leaders of the Second Great Awakening. He is remembered as the father of Modern Revivalism. He freely admitted to using emotion to reach people and compared his methods to politicians and salespeople.

Most of Finney’s messages were delivered along the Erie Canal in upstate New York and other cities in the Northeast. He believed people could be made perfect by striving for high morals. Finney’s preaching style was very innovative for the times. He allowed women to pray openly at meetings that included mixed genders. He employed the “anxious seat” which was a place for people to receive prayer when they were under conviction of becoming a Christian.

Finney’s sermons and prayers often publically censured people by name. He denounced slavery. He also became a major naysayer of the Freemasons after he resigned the organization in 1824.

He served as the president of Oberlin College in Ohio, the first US college to admit women and African Americans.

In most history textbooks today very little is said about either Great Awakening movements. Some texts devote a small section briefly describing the movements and then rapidly move on to other things.

The only plausible reason I can think of is the movement involves religion….often a touchy subject for any public school classroom, but I’m of the opinion that educators are failing their students when they merely touch on….basically gloss over… certain aspects of the American story merely because it involves religion.

Both movements had a huge impact on American religious history in that the Baptist and Methodist denominations took a more dominant role in American society.

The initial Great Awakening movement played a key role in the American Revolution by providing an arena for democratic concepts to be shared freely and openly.

The second movement took advantage of westward expansion and zeroed in on reform in many areas of American society –abolition, temperance, prison reform, care for the handicapped and mentally ill, and women’s rights – and argued that God’s plan included those reforms. Personal piety was favored over religious education and theology.

Getting back to Dear Daughter and the monumental efforts it takes on the part of her father and I to wake her….it always amazes me that on the days that she has to be up early…say 5 or 5:30 to attend a wrestling match where she keeps score and does other administrative things she gets up on her own with absolutely no problem at all.

Well, she is a teenage girl, and there is a boyfriend…a boyfriend who just happens to be on the wrestling team.

Perhaps Charles Grandison Finney and the other Great Awakening ministers DID understand the people and their needs.

But, at some point it would seem that the basics of faith suffered at the hands of the ministers of the Great Awakening…. just as Dear Daughter’s sense of responsibility could suffer if her father and I didn’t hold her accountable for every day of the week instead of just when the situation is appealing to her.

the official site for Oberlin College

The Gospel Truth: The Character, Claims, and Practical Workings of Freemasonry….Finney’s work from 1869 denouncing Freemasonry

The painting that I placed at the beginning of this post is Camp Meeting by A. Rider (1835)
Posted by EHT at Monday, December 14, 2009 4 comments

Well, I’m waiting….I know they have been placed in the mail but haven’t seen an image of this year’s White House Christmas card…..yet. I know I won’t be getting one from the Obamas, but many people will be finding a card from the White House in their mailbox this week.

For the last three years I’ve mentioned the card here at History is Elementary and published an image at American Presidents.

While we are waiting for this year’s card to arrive here are some links to past postings regarding the White House Christmas card:

I hope to be able to post the image of the 2009 card in the next few days.

It Was Just Another Sunday..... 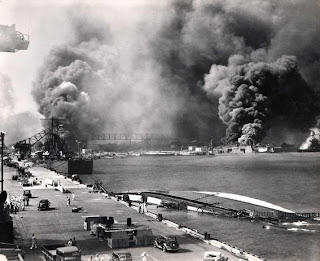 It was just another Sunday…..but it turned out to be a day that would live in infamy.

Today we remember the attack on Pearl Harbor.

Follow this link to my postings regarding Pearl Harbor.
Posted by EHT at Monday, December 07, 2009 2 comments