A simple name for a man yet it appears he lived a very complex life.  In fact, Tom Horn himself said of his life, “I have lived about fifteen ordinary lives.  I would like to have had somebody who saw my past and could picture it to the public.  It would be the most


Once guilty, now innocent, but still dead – the description the New York Times gave Tom Horn in 1993.
A man Steve McQueen chose to portray in a movie – though historians have several issues with the treatment’s accuracy.

Tom Horn is an excellent historical figure for students to analyze while learning a little about the American Southwest during the late 19th Century.   The details surrounding his life, the historical events swirling around him, and the issue of right and wrong regarding those events in relation to Mr. Horn’s actions could lead to a classroom of very engaged students on various levels.

Upon running away from home at the age of 16 Horn headed for the American Southwest.  He became involved with the Apache Wars and was hired by the U.S. Cavalry as a civilian scout.   He was a member of the party who captured Geronimo.

He became a hired gunman and took part in the Pleasant Valley War between cattle ranchers and sheep men in.

He also took a position for a time as a deputy sheriff in Arizona and later in 1899 or 1890 was an employee of the Pinkerton Detective Agency.   However, he was a suspect in a couple of killings and Horn and the agency parted ways in 1894.  Horn hired himself out as a range deputy and detective for various wealthy ranchers in Wyoming and Colorado mainly during the Johnson County War where he became involved with a few other questionable murders.  Many sources regarding Horn’s life define Horn’s job as a range deputy essentially as a killer for hire.

During the Spanish American War he served as a soldier for a brief time before coming down with malaria and returned home.


In 1901 he began working for John C. Coble, a cattle baron.   On July 18, 1901 Horn was working near Iron Mountain when a sheepherder’s son, 14-year-old Willie Nickell, was murdered.   Horn was arrested, tried, and convicted.  He was hanged for the crime in 1903 using “The Julian Gallows”, which made the condemned man actually hang himself.   It is said that Horn made the rope that was used to hang him.
Following the Nickell murder and subsequent Horn trial the cattle barons in Wyoming had less influence legally and politically.

Two great sites to visit for more regarding Tom Horn can be found here and here.
Posted by EHT at Sunday, June 26, 2011 0 comments 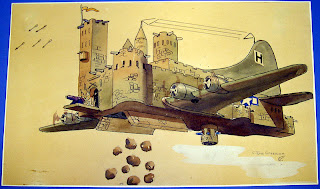 Even Harry Got to Go to the Beach.... 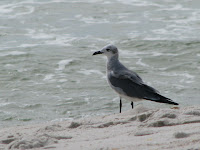 I love the beach.  The sand, the sparkling water, the sound and smell of the pounding surf, walking the beach with my head down hoping….hoping…. hoping for the perfect shell find.


The beach at morning……the beach at night…….seafood…..even the sunburn…..I love it all.
I miss the beach, and the beach misses me.  Seriously....

I hope we can reunite soon, until then I soothed my longing for the beach by doing a little research regarding Harry Truman’s White House at the beach.


Yes!   Even Harry was able to have some beach time!
Read my post over at American Presidents here!
Posted by EHT at Wednesday, June 15, 2011 0 comments

Is It Flag Day Already?!? 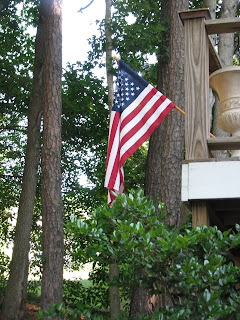 We drove through a little town close to our house Sunday, and they had our nation’s flag everywhere - on buildings, houses and up and down the main street every few feet. Dear Son wondered aloud what was going on, and we immediately decided that it must be early decorations for the Fourth of July. It seemed a little early, but we had been to a family reunion all day and my mind was on other things.

I had forgotten. There IS an important holiday for our nation in June every year.

….and sadly, Flag Day is often rushed through or forgotten entirely.

Perhaps the reason the date is often glossed over is the fact it’s not an official American holiday – government offices and banks don’t close. You still get your mail. President Woodrow Wilson declared June 14th Flag Day, but it has never been an official United States’ holiday and observances are at the President’s discretion.

It doesn’t matter to my family. Our flags are flying today at our house on the front and back porch.

Here are a few past postings here at History Is Elementary regarding the flag…..

13 Things Concerning the Display of the Flag

The Star Spangled Banner – Why It Should Be Our Anthem

Take a few minutes and think about that rectangle of cloth and what it means to you…. 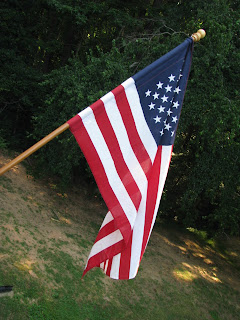 History Hodgepodge...A Little This and That

Did you know…..32 years today CNN made its debut with a lead story regarding the attempted assassination of civil rights leader Vernon Jordan.

New to my blogroll here at History Is Elementary is the blog Text Message, the blog of the textural archives services division of the National Archives. The most recent posting deals with the education program during World War II getting people to save their kitchen fat known as the Fat Salvage Campaign.

I wish my hometown of Atlanta would have its own free mobile app like Cleveland. The app, known as Cleveland Historical is free and developed by the Center for Public History and Digital Humanities at Cleveland State University. The app lets you explore the people, places, and monuments that shaped the city’s history per their website's “about” page.

Here’s another did you know…..a cold snap in Greenland in the 12th century may help explain why Viking settlers vanished from the islands, scientist said earlier this week in a Reuters report.

and finally……This link will take you to my column Every Now and Then at Douglasville Patch where my very real and non-cartoon self writes every week about local history where I live. This week I write about the poor farm.  Scroll down to the bottom of the page to see links to past columns.