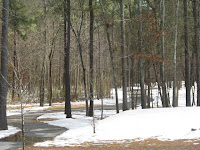 The Spanish American War tends to be the event where the term yellow journalism arises, and in my opinion it is an appropriate spot to discuss the role of media regarding war and foreign policy . There is no smoking gun, but it can be argued the headline wars between Joseph Pulitzer’s New York World and William Randolph Hearst’s New York Journal helped to fan the flames of war. Both papers sensationalized news events such as the sinking of the American battleship Maine in Havana harbor in 1898. Even today after numerous investigations we still aren’t sure if the Maine exploded due to an accident on board or due to actions by the Spanish.

Both Pulitzer and Hearst told their readers the Spanish were responsible  even through there was no proof. They hyped the story to feed a public hungry for revenge though some argue folks outside of New York did not see the sensationalistic reports, therefore the papers really didn’t really cause the war. I agree somewhat……there were other things happening behind the scenes, but my focus here is the gentleman in the picture I’ve posted…..not the causes of the Spanish American War.

Whether the Spanish were at fault for the Maine explosion or not, war was declared, and Rear Admiral William T. Sampson arrived off Santiago on June 1, 1898 for what would be remembered as the largest naval engagement of the Spanish-American War. A standoff had been underway since May between the Americans and Spanish Admiral Pascual Cervera y Topete who had positioned himself and his squadron in Santiago Harbor. Rear Admiral Sampson ordered the collier USS Merrimac commanded by Lieut. Richmond Pearson Hobson (the handsome man in the picture I posted), to be sunk in order to block the harbor soon after he arrived on the scene. The crew of the Merrimac bravely attempted to carry out Sampson’s order under heavy Spanish fire which eventually disabled the Merrimac’s steering gear. The Merrimac sank mainly due to Spanish fire and unfortunately it didn’t exactly end up where Sampson ordered or Hobson intended. The Americans were eventually successful clearing the harbor, and the war continued on for approximately six months.   Rear Admiral Sampson and another officer had a major disagreement over who the credit should go to regarding the overall actions at Santiago Harbor. I wrote about that here.

The answer is simple. There have been six different vessels named Merrimac throughout our history. The Merrimac Hobson scuttled was the fourth such vessel to bear the name, and it is not related to the Merrimac of Civil War fame. THAT one belonging to the United States burned and the Confederates took her hull and the rebuilt ship was then known as CSS Virginia, but we tend to remember the battle as the Monitor and the Merrimac, don’t we?

Another note I’d like to insert here is you see two spellings for the ship Hobson commanded……Merrimac and Merrimack. All six United States vessels were named for the Merrimac River running through Massachusetts and New Hampshire, and for the most part both spellings are acceptable. No one is really sure when the “k” was omitted.

Getting back to Richmond Pearson Hobson…..He and his crew were taken prisoner by the Spanish and held for at least a month before being released during a prisoner exchange. Back in the states the crew of the Merrimac became national heroes. Newspapers ran with the story printing Hobson’s picture and created an enduring American hero. Every member of the Merrimac including Hobson was awarded Medals of Honor and Hobson set off on a cross country tour where he kissed the girls, spoke to crowds, and he even dined with President McKinley. He was so popular at the time he probably would have been People’s Sexiest Man Alive or Time’s Person of the Year.

Hobson became a US Congressman in 1933 and he became what is remembered today as the Father of Prohibition for his work after leaving Congress. He wrote three books on the effects of drug use, spoke on radio programs was founder of the International Narcotic Education Association and spoke extensively for the Anti-Saloon League as their highest paid speaker.

A full account of the Merrimac sinking can be found here.

An article written by Hobson for the New York Times regarding the ills of drugs he wrote in 1924 can be found here.
Posted by EHT at Sunday, January 02, 2011 0 comments