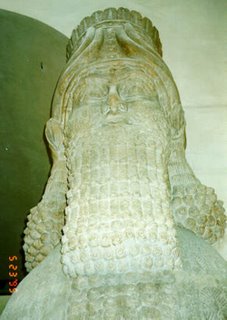 Last week my pastor used a passage from Nehemiah (4:1-9) to serve as the foundation for his sermon. At this point of the story many of the Jews who had been languishing in captivity at the pleasure of the Babylonians had returned to Jerusalem. A few Jews had remained in Babylon including Nehemiah who is described as King Artaxerxes’ (465-425 B.C.) cup bearer.

Upon hearing an update on the Jews that had returned to Jerusalem Nehemiah is most distressed to hear that his people are having a hard time. He immediately prays to God to watch over his people, and he asks permission from King Artaxerxes to return to Jerusalem to help the Jews rebuild the city.

As the Jews are rebuilding the walls surrounding Jerusalem they are suffering from scorn and other indignities from various individuals and groups in the area. One person, Sanballat, is mentioned specifically. He was fairly powerful in and around upper and lower Beth-horon which controlled the major route between Jerusalem and the Mediterranean Sea. Sanballet’s influence was such that he could affect Jerusalem’s economy. He opposed Nehemiah rebuilding Jerusalem along with Tobiah and a host of others. Tobiah was a practicing Jew who happened to live in a residence chamber of the temple. He is referred to as an Ammonite in the Bible perhaps because his family fled to that territory during the destruction of Jerusalem. If the wall was rebuilt and some semblance of normalcy returned to Jerusalem he might loose his hold on political power. He might loose his cushy residence.

Upon arriving in Jerusalem Nehemiah also suffers the scorns and indignations of Sanballat and others. He immediately prays to God and asks him to note the indignities His people are suffering, to avenge their cause, and turn the reproach back upon the scoffers.

Under Nehemiah’s leadership the people of Jerusalem rebuilt the wall in 52 days despite the opposition of neighboring peoples. The builders of the wall kept their mind on the task, kept a constant speed and soon the wall was back to half its original height. There’s a reason for this:
*the people had a mind to work
*their hearts were upon the work
*they kept the project advancing instead of allowing it become stagnant.

The struggle Nehemiah found himself in was political. As teachers we are also the pawns of a political struggle. The very organizations that we have formed to assist us in the political power play have become politicized themselves. Are our teacher organizations really helping us? Hmm..even Herod and Pilate weren’t friends until they opposed Jesus (Luke 23). Our school boards and administrators seem to take orders from our business communities. We need to be mindful that when there is no logical reason to oppose something the only option that is left for neigh-sayers is scorn. I’m tired of being scorned. I’m tired of having to rewrite lesson plans simply to fit someone’s idea of what a good lesson plan should look like. I’m tired of forms and more forms that data software could replace if someone would just spend the money. I’m tired of unrealistic benchmarks and discipline problems. I’m tired of parents ignoring discipline notes, not showing up for conferences, yet let their child tell them someone touched their pencil and all of sudden they find time to come and blame me.

Sometimes I feel like I’m languishing in captivity and suffering the scorn of the public at large. I’m caught in a maelstrom between the students, parents, politicians, media and administrators. We are a political football that is tossed about between the politicians, business leaders, parents, and media. I honestly believe that politicians don’t want us to succeed. What is their motivation? If we don’t succeed they have an issue. If they have an issue they can lay blame and propose reforms. If they propose reforms they get re-elected. With as much money that has been thrown at education over the last twenty years why are we still having problems?

Nehemiah believed that God was greater than his opposition and so should we. Our work isn’t just what occurs in the classroom. Our work should also include supporting each other, getting involved in the political process, and standing up for ourselves. Like Nehemiah and the citizens of Jerusalem do we have a heart to work? Do we have our hearts upon the work? Do we allow the work to become stagnant?

The citizens of Jerusalem had dedication to the task. They had a desire to work together. They knew what they were doing was for God’s glory. They were building a wall, not walls. Constant scorn makes us very pessimistic and then we begin building up walls of cynicism around ourselves. I’m tired of seeing a series of “me” walls. We need a “we” wall dedicated to advancing our profession, improving the field of education, and advocating for what’s best for our students. We need to remember that we are the professionals.
Posted by EHT at Sunday, March 12, 2006