Does It Matter Who Is Really First? 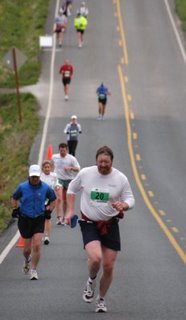 The August 14, 2006 print edition of U.S. World and News Report is a treasure trove of various mysteries of historical firsts from who did it first to who invented it first. The first sentence of the article states:

We may never know the answers to some of history's most baffling questions, such as why Stonehenge was built or what happened to Amelia Earhart. But when it comes to other groundbreaking achievements, we may just never agree on who deserves the credit.

The introduction to the article is found here and provides links to such interesting tidbits as:

The Mystery of 4,000 Miles discusses past and present day exploration of the Nile River

After Lots of Small Steps It Adds Up concerns the invention of the computer and how it took the trials and errors of many different people to come with an item that has revolutionized most of the world.

Washington? Get In Line is yet another examination of our presidency and who was really first. I myself have posted on this very topic here with So Who Was Our First President Anyway?

The Most Influential Song You Have Never Heard asks the question who was the first rock and roller anyway?

How could I not include Musings for the Millions which examines who could possibly have been the first blogger. It certainly wasn’t me!

And finally, how I could I not provide you a link to this title, Does Being First Matter? which examines the imporatance, if any, of being first.

So, as my title states does it really matter who is first? It may not matter to the rest of us, but I think it does matter to the person themselves especially if they have worked extremely hard to do something.

And just because I can mention it……I was the FIRST to link to these articles unless Technorati is being incredibly slow with updating their links…..not that it matters though. :)
Posted by EHT at Saturday, August 12, 2006

Interesting. Was I the first to read your post today?

Nice to see you are going along with the theme here, Polski3. No, you were not the first to read it per my site meter, but you do have the distinction of being the first to post a comment. Congratulations!

What a great collection of links and essays. I was particularly amazed by the Washington one, as I have never heard this spoken of before.

This would be an interesting springboard for older students' projects on the truth of "common knowledge" and, indeed, whether it matters much.