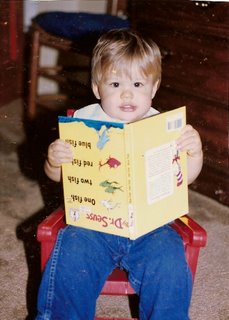 A few months ago I shared a family memory in a story titled A Sticky Easter Memory. At the end of the story I promised another tale involving my Aunt Rachel, myself, and a Kentucky Fried Chicken leg.

This story does involve Kentucky Fried Chicken, however. KFC is a mainstay of any Southern family diet along with Coca-Cola or as we refer to it, Coke. You can’t go to a family reunion, church social, tailgate party, picnic, or any other type of gathering without seeing that familiar red and white bucket. Other fried chicken chains may come and go, but “the colonel” remains “finger lickin’ good”.

I’m really not that fond of it, however, I know if I don’t partake of it from time to time I might have to surrender my official Southern Genteel Lady card. Like it or not though, I am fully convinced you can’t go into labor, at least with the first birth, unless you’ve eaten it.

Twenty-one years ago today our beautiful baby boy was born. He was eight pounds, ten ounces and twenty-one inches long, born around 10:30 p.m. wide-eyed with wonder at the world he had entered. Once the nurse put “the boy” as his father and I refer to him, in the tiny glass bed we called his name and the little thing actually turned his head to look at us. We melted and have been doing so ever since.

The night before Dear Son was born Hubby Dear was stuck on the base at Damneck, Virginia. He had to work late. His buddy who hailed from Tennessee decided to come by and check on me since I had spent a miserable July and August waiting on Dear Son to arrive. No Christmas from your childhood can compare to the agonizing wait to hold and see your child. The hot, humid days dragged on. I got so tired of hearing from family back home wanting to know when? When? When?

Well, our friend showed up with, what else? He had a large bucket of extra-crispy Kentucky Fried Chicken and several sides. I ate it, and I swear at four-thirty the next morning I awoke with a start with the knowledge that I was either having an accident in the bed or my water had broken.

Dear Son is no longer that sweet, sweet cherub seen in the picture. He was busy reading his book and we didn’t have the heart to tell him it was upside down. Today he is every bit a young adult male. He towers over me as I hug him with my face buried into his chest. The chubby cheeks have given way to chisled good looks and whiskers. He can no longer crawl into my lap, but occaisionally he gets on his knees to hug me and things seem right again for a few minutes.

All the little boys that lived our neighborhood are all grown now, but a few years ago these three streets where we live were raucous with their activity. At first all the moms would make phone calls to make sure it was ok if the boys played at a particular house. Later as they got older they were given more leaway and pretty much came and went from various houses as they pleased. Bikes, skateboards, and big wheels littered various yards as they moved through the neighborhood like a herd of locusts. For a time our driveway was busy as they were into playing basketball. Thud, thud, thud went the ball as each young man would sink it.

Soon after we moved into our house I allowed Dear Son outside and kept a constant watch on him through the window. I heard a car go by and a horn honk. I ran to the window. There was Dear Son peeing up a storm. A perfect, very high arch of liquid rocketed out of his body while his other hand was waving to the neighbor couple up the street as they drove by. There is nothing to compare with having a son!

There was the great wave of sickness one summer as one young man dared the rest to take a drink from our creek. Have you ever heard the expression going at both ends? Another time Dear Son spent an uncomfortable three days on his belly after his skateboard scooted out from underneath him as he was racing down the hill. The skateboard stopped but Dear Son didn’t and a fair patch of hide was taken from his po-po. What? You don’t refer to the rear end as a po-po?

Another time Dear Son came tearing in the house and ran up the steps to his room. I hollered up the steps, “Why are you home? Is anything wrong?”

Dear Son said, “No, just wanted to come home.” No sooner was that out of his mouth than I began to hear the wail of the siren. It was getting closer. I looked out just in time to see a fire truck, a fire chief’s car, and a sheriff’s deputy turn down the next street at breakneck speed.

I hollered up the steps again, “Do you know anything about that fire truck that just went down the street?”

“I didn’t do it,” Dear Son began, “I did what you always tell me to do.”
His face appeared at the top of the steps.

I crossed my arms and said, “What’s that?”

“Well, some of the guys wanted to go to the end of the street where they are building those new houses, and……well……..I didn’t start it. They did, and I left like you always tell me to do.”

Well, as it turned out Dear Son was telling the truth. The others admitted to it, and their parents had to talk to the police.

At dinner time the relay of messages began up and down the street as various Mom’s came out on the back porches to call their wee ones. We’d help each other out and shoo various children on with shouts of “Hey, I’ve got yours. Do you know where mine is?”

Dear Son, of course, made every step his Daddy did and always wanted to do everything his Daddy did. Of course this meant Daddy’s hammer being left outside during a rainstorm, Daddy’s bass boat having muddy footprints all over it where someone climbed all over it and Daddy’s tackle box in disarray. Later on Daddy’s truck would be driven a bit too fast and it was always returned lacking a large amount of gas. Trips for fishing, camping and golfing were all termed “No Girls Allowed”, and Daughter Dear and I were fine with that.

Today, the streets are quiet. All the little boys are in college, are working, or serving their county in Iraq or about to be.

During middle and highschool Dear Son began singing at school and at church. He is our child, but what a wonderful gift from God his voice is. He sang at mother's service and it was so hard for him to do, but he did so well. In the eighth grade we gave him a guitar and promised lessons. He eventually gave up on our promises and taught himself. You wouldn’t know he hasn’t had lessons.

His Senior year he had two MRI’s within a month. The first involved a touch football incident and the second involved a stupid choice of standing up in the back of this friend’s pick-up while the friend gunned the truck across the school parking lot. Later that summer we experienced an emergency appendectomy. Thank goodness for teacher insurance.

We had quite a scare the second month of college. His room-mate overcorrected on a mountain curve and flipped several times. Dear Son was the only one hurt…….his back was badly bruised and he still has problems three years later.

There is no way you can raise a child without Divine Intervention. The hand of God has kept our child safe, has given him decent friends, enabled him to share his beliefs through his music, and enabled him to touch so many lives in so many different age groups. Hubby Dear and I are anxious to see God’s plan unfold in his life and are honored to be able to take part.

Well, our Dear Son. We wish you a very happy birthday. We are extremely proud of you, and we can’t wait to share twenty-one time two more years with you!
Posted by EHT at Monday, August 21, 2006

This is so beautiful! My son, age 15, looked very much like yours did in the picture above. Your post makes me think of all the special times shared together, and qualities inherent in our children. I can tell you love your boy as much as I love mine, and I'm so touched and thankful to hear you express how God keeps them safe. Aren't we blessed mothers?

Yes, we are. Not only does Divine Intervention help but prayer goes a long way as well!

Where does the time go? Seems like it was yesterday that they were little, bitty babies and now they are adults. My youngest will be 23 in October. God never saw fit to bless me with boys ~ just two wonderful girls. Guess He figured since I had 4 brothers, I didn't need any more. I do have a very special 4 year old grandson.

KFC was a staple for all of our family functions. It was there for my 16th birthday party and I could invite a *BOY* to the house. Haven't times changed?
I don't indulge in KFC but once in every blue moon.

God bless you and your son on his 21st birthday.

Happy Birthing-day to you too Mom.

That was my favorite book as a kid.

Wonderful post, EHT! They say to enjoy them when they're young, and it certainly looks like you have. But I have good news. Our youngest is 28, so I can tell you that you can still have a lot of fun with them when they're big. Happy birthday to your son. Nice job, Mom!