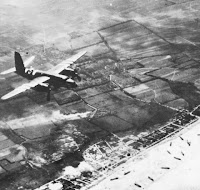 Today is D-Day….another day that does live in infamy. Over the last three years I’ve posted various things about D-Day and/or WWII in general.
We need to NEVER forget the sacrifice Americans made during WWII as well as any war before or any war after.
Here are the links:
Gliding Into D-Day….a look at how some Americans spent their morning on D-Day including one of my uncles
13 Facts Concerning the D-Day Invasion…just as it says 13 facts with some links
Other World War II articles of mine:
Razzle Dazzle and All That Jazz….covers our entry into the war a bit and discusses the unique way camouflage was used
Balloon Bombs….Did you know Americans were killed on our own soil by Japanese weapons?
Beach Red…a post regarding Tarawa…a very important but often forgotten battle during WWII and how garbage can often serve as poor reminder of a war
Fleet Problem 13....Pearl Harbor Foreshadowed…..Pearl Harbor was foreshadowed?!? Yes, yes it was
Timberwolf Up!... A very special post I wrote to remember an uncle and his war experience as he served in the 104th…..
I’ve also placed Eisenhower's D-Day Letter over at American Presidents Blog and General George S. Patton’s very colorful speech over at Georgia on My Mind.
Have a great Saturday and thank a solider or veteran today!
Posted by EHT at Saturday, June 06, 2009

Why do you say another day that will live in infamy?

I'm referring to FDR's famous speech after the attack on Hawaii. He declared Dec. 7th as a "date that will live in infamy". I beleive that D-Day is also a date that will be and should be always remembered.