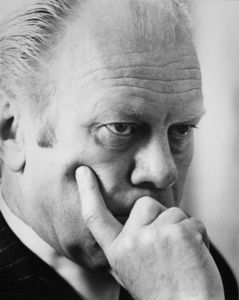 I’m always amazed at what my students discuss with one another regarding their television viewing habits. I’m on constant alert to quash discussions regarding various reality television shows comingled with talk of Sponge Bob.

One young television viewer came in the other day and said, “Hey Elementaryhistoryteacher, did we really have a president who used to fall down all the time?”

I was caught off guard. This is not unusual since I generally have four or five kids talking to me at the same time and another two or three others poking me or calling my name repeatedly.

I responded to my televion viewer by saying, “Huh? What are you talking about?”

“Well, I was watching the Comedy Channel last night and I saw this show called….” He was searching for the title. The kids standing around began to pepper him with titles of shows. Apparently my students are well versed with the line up on the Comedy Channel.

Mr. Overexposed to Television made another attempt, “A show called ummmmm, ummmm, something, something live. He turned to the other kids and continued, “It was so funny. Everyone was calling him Mr. President and he kept falling all over the place. Then the guy stood up and said Live from New York It’s Saturday Night. Saturday Night Live!…..that’s it!”

Another student speaks up, “Saturday Night Live still comes on. I watch it sometimes. They have this neat cartoon that shows gay superheroes.”

I think to myself that I remember a time when kids thought the word gay meant to be happy and cheerful. Remember? Wasn’t it the Flinstones who had a “gay, old time?

The student expounds further, “…and they have a car that looks just like a…..”

“Alrighty then,” I quickly interject. “Let’s get on with what we need to do today. Turn to page…..”

No, I will NOT be the lead story on the five o’clock news today.

In case you are not aware the characters my student was speaking of have a car that resembles the male body part.

Of course the president Mr. Overexposed to Television was referring to was none other than Gerald Ford.

So maybe my fellow educators and I need to prop poor Gerry up to the kidlets because most of what they internalize about him is what pop culture feeds them.

Contrary to what you say in your post on American Presidents Blog, Gerald Ford didn't fall down "all the time." But the times that he did fall made him meat for the media. Too bad, because as you point out, he was a man of integrity at a time when others in high office lacked integrity.

Yes, CTG, it would seem that you understood my meaning exactly!

Gerald Ford was a man of integrity, but he was also probably the best athlete and most well-coordinated man we've ever had in the White House. You'd never suspect that from seeing those old Saturday Night Live clips. Maybe President Ford's problem was that he was left-handed. We lefties may be the only ones in our right minds, but we have a way of doing clutzy things at times. About twenty-years ago, when I was still teaching seventh graders, I once left my lower-left desk drawer open, got up, tripped over it and fell flat on my face. I remember thinking that Chevy Chase could not have done it better. All I could do was jump up and yell, "Ta-dah!!" My seventh graders laughed so hard that some of THEM were in danger of falling on the floor.

It's amazing to me that SNL could alter someone's image like that, but back in the day they could.

My goodness, Dennis...beside history we have another thing in common. I'm a leftie too! I trip all over my classroom all the time. I didn't know it might be due to my left handedness. Hmmmmmm....The kids have taken to watching out for me. They'll move things and clear my way or alert me if it looks like I'm going to go sprawling. I even fell on a field trip last year....flat on my face.

One of the first things student learn about me is I broke my ankle several years ago on both sides. I have a surgical steel bar, two pins, and eight screws keeping me upright. Yep, I'm a klutz with scars!