2. Through its long history the fort has seen four important battles. The French constructed the fort also known as Fort Carillon in 1755 The fort’s main objective was to control Lake Champlain and keep the British from advancing into the area.

3. I always like to show students a picture of the fort and ask them….if the objective was to hold the lake why was the fort built on a bluff high above…….answer is it was important to maintain the integrity of the fort. It was harder for enemies to attack because they had to climb the walls

4. This fact didn’t keep the British from attacking during the final French and Indian War aka the Seven Years War on July 8, 1758….parts of the fort were still under construction….unfortunately the British were repulsed. This was the greatest victory for the French during the Seven Years War; however, in 1759 the Battle of Ticonderoga was fought with a British victory.

5. Surprisngly the British allowed the fort to fall into disrepair, and maintained it with a small garrison. Students are always amazed that the garrison was less than a hundred….less than 50…less than 30….more like 20. When Benedict Arnold, Ethan Allen and the Green Mountain Boys the Americans entered through a breach in the wall and it was taken without a single shot being fire. The picture below shows the side the structure where Allen entered and demanded the Fort’s surrender.

6. Cannons and gunpowder were seized and were then hauled by Henry Knox in 1775-76 to assist with the siege of Boston

7. In my post Saving History I recount how today the fort is privately owned and is considering selling off some of the artifacts in order to cure huge financial missteps and dwindling numbers of tourists. While this saddens me we probably wouldn’t have Fort Ticonderoga to visit at all if it wasn’t for the fact that the property has been privately maintained since William Ferris Pell (pictured below) purchased the property in 1820. Ironically he was the member of an exiled Loyalist family during the American Revolution. 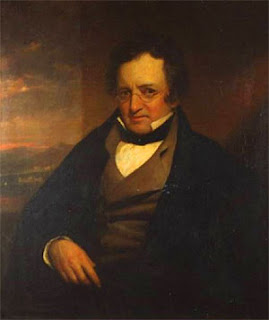 8. Pell was a businessman, horticulturalist, and preservationist. At the time he became the owner of the property many of the locals had been pilfering the huge stones and other building materials for use on their own properties. Pell was able to secure the fort though he conducted no reconstruction.

9. Pell built a magnificent home on the grounds called The Pavilion which he later turned into a hotel. Today, along with the Fort, The Pavilion is listed on the National Register of Historic Places.

10. Pell’s great-grandson, Stephen Pell, seen below, took over the restoration of the Fort in 1908. While the Fort becomes a tourist destination, The Pavilion becomes a private family residence. Stephen Pell is credited with building the museum that the Fort is today due to the fact that he was an avid collector of Revolutionary War relics. 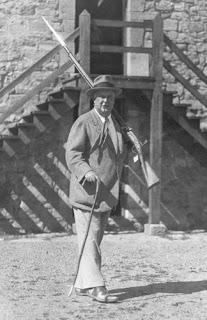 11. Stephen Pell was a decorated war veteran, having served in both the Spanish-American War and the First World War. You can find out more about him here

12. The official website for Fort Ticonderoga can be found here.

13. Members of the Pell family are still involved with the Fort and sit on the Fort Ticonderoga Association and Board of Trustees. A family cousin, Deborah Pell Dunning is working on a book which will detail the Pell family’s involvement with the Fort, but does not have a publisher as of this date.

There is a great online article here concerning the history and restoration of the Fort.

Other bloggers have published lists of 13 things as well today….you can find them here.
Posted by EHT at Thursday, August 14, 2008