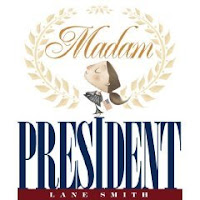 One of the regular patterns I tend to follow in my teaching is introducing content to students followed by textbook skills. I also like to allow students time to work with each section of content on their own or in small groups where they can discover more information on their own. This also provides an opportunity for students to confirm content I’ve introduced to them.

I smile and am quietly amused when one of my young charges trudges up to show me a historical fact we have discussed the day before. “Gee, sweetie,” I ask, “did you thing Elementaryhistoryteacher was telling tales?”

Of course, telling an interesting tale is what makes a dynamic subject to study. Sometimes you even need to add some other tales of the non-fiction kind to spice things up and motivate students to manipulate the content.

Take the inevitable unit on the framework of the U.S. government that follows the American Revolution—three branches of government each with specific duties all of them criss-crossing across the triangle of checks and balances can make even the most eager of students glaze over into dumbfounded silence watching the cloth tick away until lunch, recess, or even—thank goodness—until math class begins.

I’m real excited to discover Lane Smith’s book titled Madam President to add to my collection of government literature tales I can share with students.

There are many reasons why I would utilize this book with my government unit. Here are 13 ways I would ask student to independently interact with the book after experiencing my lesson regarding the three branches and after they have read Madam President:

1. The book contains some very interesting artwork—the little girl in each illustration captures your attention as she goes about her combined day as a little girl and as Madam President. I would ask students to compare the artwork in Lane Smith’s book to another book in my government "tale" box and write up an analysis. How are they alike? How are they different?

2. The text is limited per page (actually a good thing), but fully details the various details of the executive branch from “photo ops” to “a president must lead by example, even if it means cleaning her own room.” I would ask students to come up with a list of things the President of the United States would find it difficult to do once he or she became president.

3. Madam President is a great read aloud for children as young as four, but my small groups of nine, ten, and eleven year olds (of all reading levels) would be comfortable working with the book. I might strategically place children together depending on reading level and due to social interaction concerns.

4. Lane Smith has included many duties of the president. One activity I would ask students to complete it to use a two-columned chart titled Non-Fiction Duties (Real Duties) and Fiction Duties. For example, from the pages regarding the President’s Cabinet a student might list the Secretary of the Treasury under non-fiction but would list Secretary of Dance under fiction.

Another way the chart could be used is for students to explain the non-fiction and fiction aspects of each presidential act. In the section where Lane Smith relates the president must attend state funerals the illustration shows Madam President attending a pet’s funeral. This would go under the heading of fiction. I would then expect the student to give me an example of a real….non-fiction state funeral.

5. I would ask students to access at least three sources online regarding the duties of the executive branch. Students would compare the sources to Lane Smith’s book. Wre there any duties Mr. Smith left out?

6. Presidential veto power is in the book as a special privilege for the president. I would ask students to research the entire process regarding what Congress can do if a bill is vetoed and how a veto can be overridden….and what in the heck is a pocket veto anyway?

7. The book advises a president must keep the peace. I would extend the example illustrated in the book (two students fighting until Madam President breaks it up) by asking students to provide other ways and situations where the president keeps the peace.

8. The song “Hail to the Chief “ is mentioned in the book along with an image of actual sheet music. I would ask students to review the lyrics and based on the duties outline in the book Madam Presidents they should come up with new singable lyrics.

9. Several different ways are given to indicate Madam President is important from the title Head of State to the more fun and more contemporary Big Cheese. I would ask students to come up with other ways we could refer to the president.

10. Lane Smith tells his readers, “A president must be protected at all times.” What a great invitation to research the Secret Service!

11. One of the more fun duties of the president given in the book is “approving lunches.” The illustration shows Madam President leaving for school with her sack lunch. Students would provide me with a formal menu of their approved luncheon with an illustration.

12. Another activitiy I would include in the choices I post for students would be for students to write a campaign speech detail all of the reasons why they would make a great president and which duties they would promise to fulfill.

13. So, whether you teach in a classroom, homeschool, or teach informally during those teachable moments with your kids or grandkids Lane Smith’s Madam President is an excellent and fun resource to use when discussing the executive branch.

Go get your copy here

Lane Smith’s webpage can be found here and a separate biography here.

Today is Thursday. You can find others participating in Thursday Thirteen here
Posted by EHT at Thursday, November 20, 2008

I'm so excited I found your blog! My son aspires to teach history - he's currently in high school. :)

My son loves history. I bet he'd like this book. Thanks.

Wow, you sound like an incredible teacher. Your students are very lucky.

I like your approach to teaching history. The more kids understand and know history the better off they are.

Although I teach middle school (8th grade U.S. history) I use elementary age books and read to students often. I scan the pictures and project them on my movie screen via power point and then read the story to the kids.

As I am approaching my government unit, I will make sure to order a copy of this book to better explain the executive branch to my students. Thank you for the tips. I may modify some for 8th graders, but you have some great ideas.