Mythbusting 'So Help Me God' 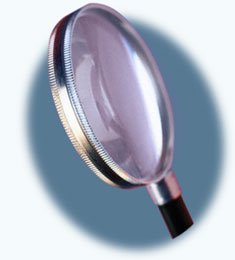 My email to the Library of Congress read as follows:

Our students have been researching various presidents over the last few days. We have found several different Internet sites regarding the inauguration of George Washington and the words "so help me God". Many people have quoted the Library of Congress as their source for stating that GW did add those words to the end of his oath of office. What is the definitive answer to this question? We have found other Internet postings and sites that report there are no primary sources that state GW stated "so help me God". Thanks for your help.

I am afraid there is no definitive answer to that question. Some testify that he did, others are silent.

As one student said, “Well, that was a lot of help!”

Within the last few days there have been new additions to the Internet regarding George Washington, the presidential oath of office, and those four little words--- ‘so help me God’. The first posting can be seen seen here with an additional one here. The first post by Matthew Goldstein appears to be a carefully researched inventory of sources along with information advising if the source can be verified or not. Here’s a taste:

One of the first claims that any president added those words to the oath are found in a book published in the 1856 (The Republican court; or, American Society in the Days of Washington, by Rufus Wilmot Griswold ), and in several books to follow, such as Washington Irving’s Life of George Washington (1857), Centennial Anniversary of Washington’s Inauguration (1892), and The History of the Centennial Celebration of the Inauguration of George Washington (1892).
Those books, and others, mention various eye witnesses to the recitation of the presidential oath: Robert Livingston, Samuel Allyne Otis (1st Secretary of the Senate), Roger Sherman, Richard Henry Lee (a friend of George Washington), Alexander Hamilton, General Henry Knox, General Arthur St. Clair, Baron Steuben, John Adams, George Clinton (Governor of NY), Philip Schuyler, John Jay, Ebenezer Hazard, and Samuel Osgood, for example; all of them died before 1830.
The claims that George Washington added that phrase all appear to be repetitions of the dubious second hand contents of a single book about George Washington’s 1789 inaugural that was published 67 years after the fact. The claims that all subsequent presidents used that phrase is clearly false. It was appended rarely starting in 1881 into the early 20th century and then was appended most or all of the time in the late 20th century.

The second site, nonbeliever.org, also gives a list of sources that state Washington added the words ‘so help me God’:

The oath of office for United States president, as specified in Article II the constitution, does not include the phrase "so help me God." Contrary to the Architect of the Capital description of President Washington's Inaugural, the National Endowment for the Humanities grades 3-5 lesson, the Joint Congressional Committee on Inaugural Ceremonies, Donald R. Kennon, Chief Historian, United States Capitol Historical Society, and Dr. Marvin Kranz of the Library of Congress among others, there appears to be no reliably corroborated contemporary evidence that any president voluntarily appended those words to the oath of office until Chester A Arthur's 1881 inauguration Perley's reminiscences of sixty years in the national metropolis Poore, Benjamin Perley, 1820-1887. Philadelphia: Hubbard, c1886. Pages 428-429. Both the New York Times (page 5) and the Washington Post of September 23, 1881 report that Chester Arthur appended those words to the oath of office.

So why are these two researchers working so hard to prove ‘so help me God’ was not uttered by George Washington? Are they constitutional purists? Are they simply interested in getting history right? Are they consumed with the fact that the National Endowment for the Humanities might have a myth stated as fact on one of their lesson plans? Are they anti-God? Ah, elementaryhistoryteacher might be getting warmer. Matthew Goldstein states:

The falsification of history regarding "So help me God" being appended to the presidential oaths thus qualifies as one more example of a creeping establishment of monotheism along with the better known examples of the annual day of prayer, the new national motto, the printing of the new national motto on all currency, and the revised pledge of allegiance. [What Mr. Goldstein is referring to concerning the “revised pledge to the flag” is the words ‘under God’ which was not in the original version.]

Me thinks that an argument before the Federal District Court in Sacramento on May 19th may have everything to do with the information I have stumbled across. Remember Michael Newdow? He’s the Dad who doesn’t like his daughter reciting the pledge to the flag each morning at school because of the words ‘under God’. See an article regarding the upcoming court date here. The subject of Newdow’s argument before the court this time are the words ‘in God we trust’, our national motto.

Many Americans react very negatively to Mr. Newdow and folks like the two researchers I refer to. Doug Powers is a good example of what is out there.

Newdow states he is not an Atheist activist but whether he wants to be or not he attracts many people who feel disenfranchised by the mere mention of God on our money, in our pledge, or presidential oath.

Do I see their point? Yes, if I attempt to be fair, I do see the point of view of someone who does not believe in God or of someone who believes in a strict separation of church and state. The Constitution does not give us either/or scenarios. However, myths can become entrenched into the psyche of the minds of citizenry to the point that they are hard to eradicate.
Posted by EHT at Thursday, May 18, 2006

I think I have a pretty good handle on the "separation of church and state" argument, but I wish public schools didn't have to be the focal point of it. Public education is under attack for so many things, and this just adds fuel for those on the right side of the political spectrum. When Anne Graham was asked why God would allow the attacks of 9/11 to happen, she began her answer by saying, "We no longer allow God in our public schools." (paraphrase) If you want to know what I think of people who say things like that, check out my latest post. But the problem is that the parents who listen to people like Anne Graham often have pretty nice kids to have in the classroom; and many of them are leaving our public schools. Our school has a significant number of Laotian kids, and most of them are Bhuddists, so I want to be sensitive to their feelings. But we also have a significant number of good kids from fundamentalist Christian families. I don't want them to feel like they are being slapped in the face just so someone like Michael Newdow can make a point.

I want to be sensitive to my "clients" as well, however, I teach deep in Bible belt so the majority of my students are Christians or profess to be. I have an occaisional Buddist, Hindu, or Muslim. Yes, it does seem that more and more of our brightest kids are opting for private education (usually Christian based. I don't really blame them. These days the minority seems to have all the rights. By that I mean the disruptive students----the incorrigible ones. Most of the parents I know who homeschool or who have placed their child in private school aren't necessarily doing it for religious purposes. They are doing it to get away from disruptive students and their influence.

As I said earlier, EHS, I am new at this, so I am still learning. I WILL learn how to use hyperlink and things like that, but right now I'm pretty clueless, so I hope you'll bear with me. Here is the website for the article I posted about: http://www.worldnetdaily.com/news/article.asp?ARTICLE_ID=50013

Throughout my career, I have frequently had one or two really disruptive kids in one or another of my classes. There is no question that they detract from the education of the other students. On rare occasions, I've had more than one or two in the same class, and it is a nightmare. If you are facing that situation regularly, I don't know how you do it!

The book that I wrote created some controversy in Minnesota because I argue that public school teachers need the power to remove disruptive and apathetic kids from our classes. I think this is a no-brainer, and most teachers seem to agree, but there are some who strongly disagree. I had read that some Southern states had given teachers this power, and it's discouraging to hear from you that they've made that power meaningless.

Philip K. Howard, a lawyer, wrote "The Death of Common Sense" in 1994. He said that the courts declaring that education is a property right that can't be taken away without due process of law has done more damage to public education than anything else. I completely agree, and it sounds like you do, too. I really think teachers need to fight to change this.

People get hung up on the "Congress shall make no law regarding an establishment of religion" part and ignore the "nor prohibiting the free exercise thereof" part. You can't tell someone taking his oath of office that now that he is President, he can't mention God. He could yesterday, but he can't today. You can't tell a schoolteacher or a student that they have to be an atheist when they're inside a public school, either.

Our daughter was in a parochial school for K-6, then public school the rest of the way. During her senior year the high school culture went through some scary changes, especially during the last six weeks. If she hadn't been about to graduate, we would have gone back to parochial school just for her personal safety. You're right, if the well-behaved kids bail the school will be worse off. It's a problem. Don't know what the solution is, unless it's to make education past 8th grade a privilege not a right, like it used to be. Is that better? Hm.

"can be seen seen here with an additional one here." The second 'here' moved. It is now http://www.nonbeliever.org/commentary/inaugural_shmg.html

Glad to hear that a believer can understand the views of non-believers. I thought the article was very well written.