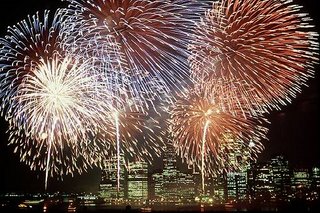 As the Fourth of July approached I began to think again about myth versus fiction and how we, as educators, perpetuate the myths. Don’t get me wrong….I don’t think we intentionally do this. One reason the dividing line between myth and fiction becomes muddled is new primary sources are constantly being found which counter what we previously taught. Another reason is the structure and content of classroom resources over the last two hundred years didn’t always set things straight.

The other night as we were preparing for bed I shared some ideas I had about my writing with Hubby. As we were talking I told him that I don’t think most Americans really know what they celebrate on July 4th. He off-handedly said, “What do you mean?” This launched me into a mini-history lesson which thrilled Hubby to no end….at least he’s used to it. When I was done with my recitation of trivia and facts Hubby said, “So, is July 4th just an imagi-holiday?” I liked his term so much I got up, turned the light back on, and wrote the word down so I wouldn’t forget it.

Hubby and I discussed how many of our American holidays are actually imagi-holidays or celebrations centered on what we perceive to be fact, but are really an amalgamation of myth and/or convenience. President’s Day comes to mind. Originally we celebrated Lincoln’s Birthday as well as Washington’s Birthday separately during February. Today we have combined the two dates into one as President’s Day so that we can arrange to have it on a Monday thereby giving us a three day weekend and extra time to visit all those sales at the mall. Valentine’s Day is an imagi-holiday since there are several origin stories concerning it that are trotted out every year. Halloween also has many origin stories which have resulted in folks picking and choosing which reason why they celebrate the holiday or reasons why they don’t participate. Biblical scholars agree that December 25 is an arbitrary date set for celebrating the birth of Jesus Christ which results in a mixture of fact and lore with huge amounts of faith thrown in. Due to all the non-religious aspects of the holiday it could be classified as an imagi-holiday as well.

Do we really know what we are celebrating during our independence imagi-holiday?

The records of the Continental Congress for July 4, 1776, indicate that the Committee of Five including Thomas Jefferson, John Adams, Benjamin Franklin, Roger Sherman, and Robert Livingstone presented a report to the delegates. Their report was the written document we now refer to as the Declaration of Independence. The delegates approved of the document and referred it to the printer. That’s it. That’s what happened on July 4th. We celebrate that the document was approved and sent to the printer.

The myth that has risen up over decade after decade is that the document was presented, approved, and signed by every member of the Continental Congress on July 4th. Details have been added over the years concerning the fact that by signing the document the delegates were committing treason against the king and if caught could have died a horrible tortured death. That is fact. The myth is that all of the delegates signed the document on July 4th. The document was simply sent to the printer and signed later.

John Adams and many of the delegates felt that July 2nd would be the holiday that Americans would celebrate forever more. Why? July 2nd is the day that delegates approved the resolution for independence uttered in session by Richard Henry Lee who said:

That these united colonies are, and of right ought to be free and independent states, that they are absolved from all allegiance to the British crown, and that all political connections between them and the state of Great Britain is, and ought to be, totally dissolved.

Here’s the crux of the whole matter. Richard Henry Lee’s resolution was entered in the minutes of the Continental Congress on June 7, 1776. This resolution prompted the Congress to form the Committee of Five on June 11th and have them write the Declaration of Independence which was presented on July 4th. Poor Mr. Lee! Does the average American think of him when they are setting of fireworks, eating their hot dog, or making their homemade ice cream?

In a letter to his wife, Abigal, John Adams tells her that July 2nd would be remembered as the most memorable “epoch” in the history of America.So, where did things get murky? How did Mr. Lee move to the shadows while Thomas Jefferson got all the credit with average citizens for writing the Declaration of Independence? Sounds like a very interesting journey for students to take, doesn’t it?

Is elementaryhistoryteacher calling for a change in the date for our independence celebrations? No, I’m not. What I am calling for is greater effort on the part of those who teach social studies to know their content concerning myth versus fact and share that information with students. Throw out some teasers to students, provide them with the materials, and let them discover how we decided the 4th instead of the 2nd would be our “Epoch” or Independence Day.

I think Americans can reconcile our historical facts with our historical myths and appreciate both. I believe these two forms of history are necessary for groups of people who form a nation, but if educators simply teach the front story and don’t teach the back story then we are doing a disservice to our students and to our nation.

The staff at History News Network has put together a great set of essays that provide a wealth of information about Independence Day----there are thirteen essays, one for each original colony. I wonder if that was planned. You can see their efforts here.
Posted by EHT at Tuesday, July 04, 2006

Very interesting! I love learning the real stories behind the generally accepted "truths" which turn out to be myths. Keep it up!

I'm glad. Stay tuned during after school starts because I will be posting more heavily in that particular area.

somercet said...
This comment has been removed by a blog administrator.
3:31 AM

Just a note that I've linked to this post at Lee Resolution at Patriots and Peoples. I like your term Imagi-Holiday.