Assessment Methods: Easy For You or Best For Them 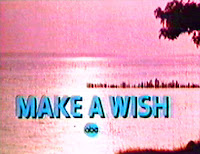 Do you remember watching the television show Make a Wish? For awhile, it was televised on Saturday, but I mainly remember seeing it if we played hooky from church on Sunday. The star of the show was Tom Chapin. One site reminds my cobwebbed covered mind that Chapin would introduce the topic of the show like this – “I think a snake is what I’ll be. Imagine all the possibilities.” After that there would be a sort of free association featuring stock footage, animation, and Chapin’s music and voiceover commentary. You can see the opening and closing for the show here.

The show was a great example of getting kids to be creative with their thoughts by thinking outside the box.

Well, Tom got older. I grew up, and got older myself. By 1976 the show had been cancelled and replaced with something else. Sadly, Tom’s brother, Harry, died far too soon as many seemed to do in the 70s and early 80s. Tom kept being creative, however, and his latest efforts can be seen here:

Tom’s explanation about the song and the full lyrics can be found here. Tom relates how he appreciates the job teachers do and states that anything that excites a student, opens their eyes, and hearts and minds is a positive that makes a child invest in school. He states that music, art, drama, and sports kept him involved in school and laments that many of these have been and are in the process of being cut in various districts across the United States due to standardized testing.

Chapin states, “Now we are teaching by rote again – where the test, and only the test, becomes the reason to teach and study.”

Finally, and I think my old Sunday morning friend, Tom, makes a very valid point when he states, “It’s no secret that American industry has outsourced most factory jobs to other countries to take advantage of cheaper labor costs. So why are we putting so much effort into a form of education in which there is no creativity? This is the time that our youth should be taught to think ”out of the box,” not be put into a tighter one!

Every year we use those all important test scores to make a judgement regarding where students are in their reading ability. Far too often I find the test score that determines the placement is a poor picture of what the child can actually do or not do – yet we are told repeatedly this is what we must measure by.

There are too many variables that can cause an incorrect view of a child’s ability based on one number – the child bubbles haphazadly because he/she is bored, the child just happens to luck up and choose the right answer, the child is sick, the child is thinking about going to mall or the playground, the child and his/her mother were kicked out of their home the night before, or the scores are undermined by certain formulas and other machinations by the state department of education that causes student to appear to be meeting grade level standards when they are actually performing far below standards.

All the above results in too many students placed in remedial reading programs or too many remedial kids NOT placed within the programs they need. After a period of several weeks to even months most kids eventually get to the right situation for them, but by then precious time has elapsed.

It just seems to me that instead of basing need for particular services on one test score it would better serve the child to maintain and use portfolios that contain student work samples from across the content areas. When samples are taken on an ongoing basis, when a school system has created a system wide procedure for the creation and mantenance of a portfolio, and when periodic reviews are completed of the samples by the grade level team it is almost always glaringly clear where the student resides academically. Problem areas leap out at you from particular content areas to strengths and weaknesses across the curriculum. From this information a game plan to tackle certain problems can be forumulated, and time is not wasted on areas where no help is needed.

Many of my colleagues are quick to state that portfolios are time consuming, and that they place too much burden on the backs of teachers, but I ask you to think about this...who are we there in the classroom to serve? Are we there to make things easier for us, or are we there to serve the best interest for each and every student?

Excellent points, by both of you! We are raising factory workers in a futuristic society. We are going to be left behind and our children will be the ones to suffer.

And why make teachers do more work? Why don't we actually walk the talk. If our children are really our future, why aren't we spending billions on them?!! More teachers, better on-going training and support for those teachers, teaching that actually takes into account the numerous studies that show there are as many learning abilities as there are teaching types, to name just a few options. Oh, and of course, better paid teachers!! ;)

Have I mentioned that I love your blog?

Thanks, I'm glad you like History Is Elementary. I do spend a little time on it. :)

You make several great points. Personally, I would like to see the money that is currently being spent to be allocated a little smarter. Too many school systems are top heavy with too many chiefs and the braves suffer greatly because of this. Too many see a county office job as the goal....the goal is to educate the children by preparing them for the future.

While I do believe we need to do a better job in the technology end I also feel we have forgotten vocational education, yet many students want to follow those tracks.

Anonymous said...
This comment has been removed by a blog administrator.
12:03 AM