A year ago I took a short ride to my former elementary school   We had heard the school was in a state of demolition having finally been abandoned by Fulton County.  After the county stopped using the building as an elementary school and then as a police officer training facility and then as a place to store voting machines...they just packed up and left it....all alone.


However, once the building was abandoned....she took a turn for the worse.  It wasn't long before the roaches and the vermin took over...and I don't just mean the kind that crawl on four or more legs. 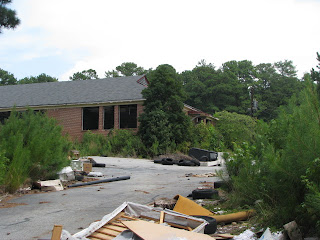 The playground was no better. 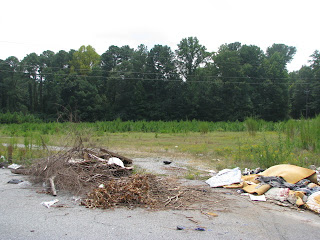 You can't even drive up the driveway anymore because of the junk.   The state of the building took my breath away.... 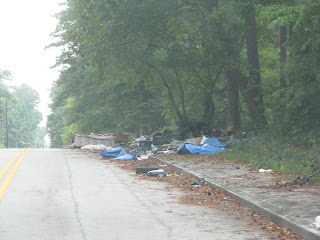 It was hard to climb those steps...the same steps I sat on as a child waiting to be sorted out for kickball teams.

.....and of course by climbing those steps I was confronting the past. 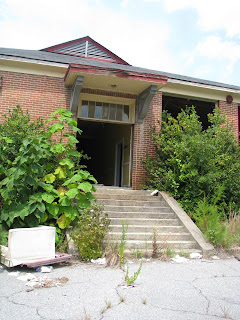 We walked the hall...the oak hall that had gleamed because James, our janitor always had the floor buffer out and working away.
I walked by doors I had opened and closed as a child...and transoms now broken. 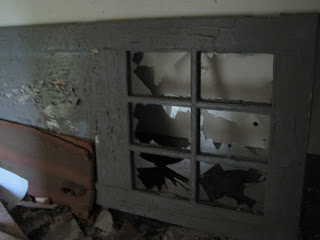 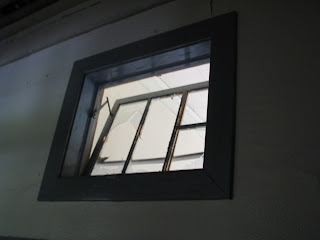 There were huge holes ripped out of the flooring revealing the dark underbelly of my school....a building that had always been safe for me, but now....was quite dangerous as we gingerly walked down the hallway. 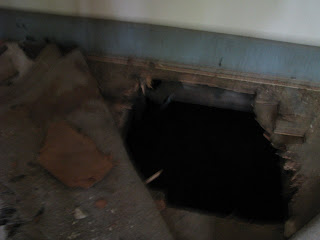 We have to face our past sometimes...the good and the bad...just like we have to face an unknown future.  There are holes.   We might get around them....some of them we fall through.....but the holes are inevitable.   Some of us get stuck in the holes....some of us eventually climb out and forge ahead to the next pile of debris or inevitable hole.

A whirlwind of events swirled around my head as I kept going down the hall.


Why didn't I notice him more?

Why did he die at such a young age?

Where is she now?

That was so important to me then...when did it change?

This is what is left of my fifth grade classroom...the first year I had a boyfriend....a boyfriend who actually returned my feelings. 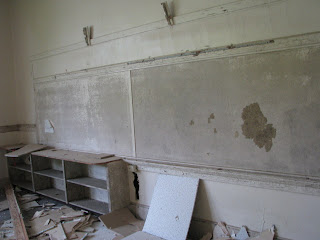 The back parking lot where I planted flowers and other plants during my fourth grade year....you would never know that now. 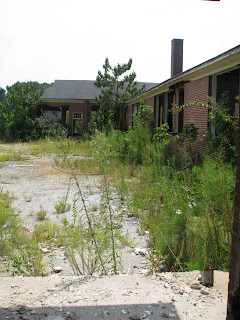 My first grade classroom...the room where I read about Alice and Jerry and their little dog Jip......where I poured over Richard Scarry's Busytown books and had to sit still for math. 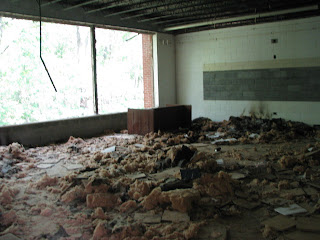 The walkway...now overgrown where I sat as a child waiting on my mother to pick me up. 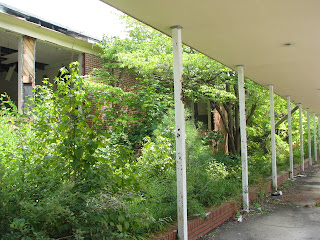 As we drove away I whispered goodbye and took one last picture. 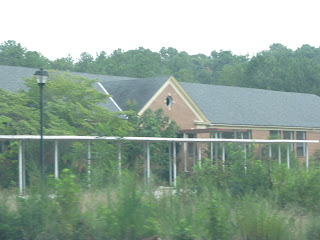 I won't go back.  Ever.  It's too hard to see what my school was allowed to become.
But it is hard facing the past....good and bad.

I'm ready for the season to change.