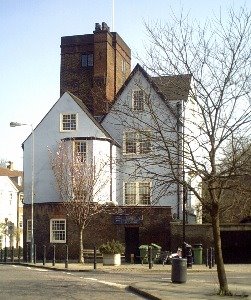 When I was much, much younger there was a terrible commercial on television advertising Shake and Bake, a product that busy mom’s can use to prepare chicken or pork in minutes. One particular version of this commerical highlighted how Shake and Bake could get your children involved in making dinner. It attempted to have a southern flaire as one of the girls bragged “And I helped!” in what must be one of the worst southern accents I’ve ever heard. That particular little actress certainly was no Shelby Foote.

Ever the optimist I would rather focus on the premise behind the commerical and not the mangling of my beloved “southern-eeze” The point being that Shake and Bake is so easy to use it can be utilized as a hook to motivate children to help out at dinner time, build responsibility, and increase self-esteem.

Isn’t that something we attempt to do everyday in the classroom?

Though I’m not a University of Texas fan……(Woof, Woof---GO DAWGS!) I’m still a fan of “Hook ‘em.” Students must be motivated in order to become engaged with the curriculum. A little mystery goes a long way to snare an unmotivated student in your classroom web.

Around the time I begin to teach English Exploration I am usually getting to the point where students examine the features of written drama, and we read various plays in Language Arts. The two academic areas dove-tail and fit well by taking English Exploration and tying in elements of the Elizabethan Age.

Several years ago I had a resouce fall into my lap for Shakespeare that brings many of his greatest works down to a fourth/fifth grade reading level. Unfortunately I can’t give credit to the author as a retiring teacher bequeathed her photocopied versions of the plays to me, and I don’t have any source for them. However, I do know there are several resources for Shakespeare out there for elementary age children. In years past students have read Macbeth, A Midsummer’s Night Dream, Romeo and Juliet, and Hamlet during Language Arts while they examine English efforts at colonization and the age of pirates during social studies.

Of course, the first thing I must do is “hook ‘em.”

I pose the following mystery:

In Canonbury Tower, Islington in London, seen in the picture at the beginning of this post there is an uppermost room where there is an inscription on the wall dating back to the time of Charles I. The inscription is a list of the kings and queens of England from William the Conqueror to Charles I. Between the names of Elizabeth I and James I a name was inscribed, but has been crossed out. Click here to see an image of the inscriptions. Many people attribute the list and cross-out to none other than Sir Francis Bacon who rented the property from 1616-1625.

So why would Bacon do something so outrageous? Many actually believe that Bacon was the illigitimate son of Elizabeth I and Sir Robert Dudley, Earl of Leicester. They were both imprisoned in the Tower of London in 1554 and 1555. The story goes that they fell in love and at some point were married. There is proof that upon her accession to the throne, Elizabeth made Leicester Master of the Horse and gave him a bedroom next to hers at Whitehall.

I don’t actually get into the more adult details of the mystery but stick to the basics. Students do get an opportunity to analyze why the Queen of England would maintain more power by not publicizing a marriage. In student’s minds I have now connected something they have learned in science, the scientific method, to social studies. But there’s more to the mystery…..

I then inform students that many people believe that the person who wrote the plays they have been reading, Shakespeare, is also Bacon in disguise. I remind students that both Bacon and Shakespeare were instrumental in shaping a very dynamic time period of two cultures….the culture of science and the culture of the arts.

To be honest there is just as many coincidences that point to Shakespeare being simply Shakespeare or others such as Christopher Marlowe or Edward de Vere. Researchers have been arguing this point since the seventeenth century and many different people have taken up the mantle of proving or dispproving this or that including our own Mark Twain.

These particular links here, here, here, and here tend to have more support of the two men being one and the same. Numerous coincidences are found here while these links here and here support an actual Shakespeare authorship.

At some point before we move on to new pastures I ask students if it matters who was who. They almost always agree that both men no matter who they really were contributed to history and the works they left behind need to be rememberd.

Hi. I noticed that you had linked to my blog. Thanks. I appreciate the compliment.

As is my practice, I will happily reciprocate.

I agree with you wholeheartedly that we need to have some lessons that hook them on learning. I've always called them "Gotcha" lessons, b/c I KNOW I will have the kids hooked on wanting to know how something works.

Thanks, MikeVotes! I look forward to a wonder reciprocal relationship.

Mike In Texas, I like to know how things work too so I would always be hooked in your class!