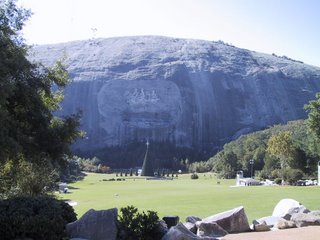 Natural vs. man-made is a hard concept for nine year olds to grasp when they live in a techno-world where real is fake and fake is real. I attempted to introduce this topic to them today.

Students were given a pristine sheet of white paper. Luckily I remembered to remind them not to make any marks including their names on the paper until they received instructions. If I hadn’t given that instruction I would have had several Picasso’s in the room before I had handed out all the paper. I asked students to fold the paper in half from top to bottom and make a crease in it. As I instructed them I modeled what I wanted them to do.

Once their paper was creased students were asked to open their paper up. I asked them to pretend that they were with someone who did not know anything about the United States. The someone didn’t know where the United States is or what it would be like to live here. I then asked students to sketch an outline drawing of a map of the United States to begin their discussion. The catch was they couldn’t look at anything. They had to draw their map from memory. Looks of terror came across some of their faces. One young man began to open his book. I stopped him. I tried to ease some minds by telling them that there are no rights or wrongs for this activity, but they did need to try.

Most everyone got the basic shape. All but a couple included the shape of Florida. In each group I taught today a few included inset maps of Hawaii and Alaska which I hadn’t even thought of. Two or three included some major cities. I called time and drew an outline map of my own from memory. After eight weeks of summer I was a little rusty, but the basic shape was there.

I then asked students to redraw their map in the bottom half of their paper now that they had a model to go by on the board. They were more determined and self-assured this time.

The next question I posed was about things students could add to their maps to make the certain someone they were with fully understand the United States. I asked students to volunteer items we could use for a classroom list on the board. Here are some of their responses:

I kept taking responses until almost everyone had suggested something. A few suggested London or the Leaning Tower of Pisa. I declined to add those since they are not in the United States.

I ‘m fairly pleased with the list my new students came up with to represent what the United States is all about. Of course I love the references to the Declaration of Independence and the Constitution. Prior knowledge always helps later when we study the formation of our government. The suggestion about Daytona Speedway, well, I am in the deep South, you know. That’s to be expected along with the Atlanta landmarks like Underground and Stone Mountain.

It’s clear that my third grade colleagues did their job as these students understood any bona fide map should have a title, compass rose, and map scale. I can refer to the suggestion for state boundary lines and state capitals later on next week when I discuss the difference between political maps and physical maps.

After we exhausted our suggestions I told students that I could look at the list and divide it up into two categories. I reminded them that all of the list entries were great features of the United States. I linked the word feature to the word characteristics so they would understand they can be used in place of each other. Finally, I told students that we were going to spend a few days talking about natural features of the United States. I instructed them to watch me as I deleted everything on the list that is man-made. Only the items in green made the cut…..everything else I deleted by drawing a line through it.

There were several gasps when I deleted state boundary lines so I stopped marking items out to elaborate a bit. I reminded them when they crossed the Alabama state line they don't see an actual line across the Earth. They agreed. I reminded them that political boundaries are ideas of man and are not natural to the Earth.

Many were surprised that Stone Mountain was left in the category of natural features. Find out more about Stone Mountain here. I reminded them that the parking lots, buildings with exhibits and stores, the train that circles the mountain of granite and the carving on the face are all man-made, but the mountain itself is natural to the Earth.

Making the list together and then observing me cross most of the list off is a very powerful image to students. It helps them have a visual for the difference between natural and man-made. I found out what my new students think America is. I also garnered some important information regarding their prior geographic knowledge. It was fun too!
Posted by EHT at Monday, August 07, 2006

I'm stealing this to teach to my 6th grade students. I am teaching two courses of history (ancient history) this year and my students struggle with geographic (natural) features and man-made features.

Steal away! and THANKS!

Off to an incredible start!

Thanks for sharing this learning experience with us. I'm sure that listening to the gasps of your students as you struck items from the list was priceless.

One question: Can you really get away with saying things like "I reminded them that political boundaries are ideas of man and are not natural to the Earth" in your classroom?

My goodness, if I said something like that here in California, I would have the Politically Correct Police at my door in an instant: "What do you mean, 'ideas of man'? They're human ideas. Off with your head!"

I think that your geography idea is really good. I used to take students outside and ask them write down everything that they see in five minutes, or so. Then we'd go back into the classroom and I'd ask the students how we might categorize these items. two categories always were natural and people-made. I then asked students to list what was what. This is a slightly different take and the objective of my lesson was not geography. Just thought I'd share.