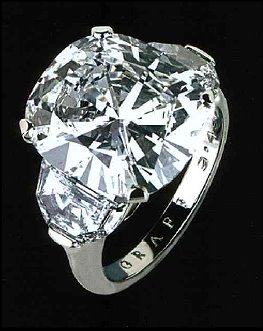 Yes, I know it’s April Fool’s Day but particular days can have different meaning for different people and today is no different.

My husband and I dated for awhile before becoming engaged. After a day of trout fishing (he fished/I watched) he finally popped the question every girl wants to hear, “Well, ya wanna get married or what?”

Being my father’s daughter it definitely wasn’t going to be “the what”, so I told him it looked like we would get married. My mom thought it was an April Fool’s joke when we told her. She was more than flabbergasted when we expressed our desire to have a large church wedding as soon as possible. Dad simply kept watching television and never said a word.

Well, this is our special day and falling on April Fool's we aren’t likely to forget it. We finally decided to marry on July 28th. The date fell on a Saturday that year and it was my husband’s parent’s anniversary as well. I can truthfully say that my husband has never forgotten the date we were engaged or married.

Depending on which resource you use it is possible to find numerous reasons why some days have particular meaning over other days in different cultures. It is amazing how many different cultures have a similar day to April Fool’s around the beginning of spring. Wikipedia advises the Romans had a festival name Hilaria on March 25, rejoicing in the resurrection of Attis. The Hindu calendar has Holi, and the Jewish calendar has Purim. Perhaps there's something about the time of year, with its turn from winter to spring, that lends itself to lighthearted celebrations.

Prior to 1582 the new year was not celebrated from December 31 to January 1st. Coinciding with the vernal equinox the celebration began on March 25th and continued for eight days with April 1st being the final day. Once the Gregorian Calendar was introduced, New Year’s day was moved to January 1. Not everyone heard the news immediately and there were many who simply didn’t want to change. The folks who refused to change to the new calendar were labeled fools and were made fun of. It reminds me of the 1970s when Americans were introduced to the metric system. Not exactly a match made in heaven except in academic communities.

Well….my husband and I are a match made in heaven so go ahead and play jokes on one another. As for us we will celebrate our great choice we made in each other and bask in the fact that on that fateful day in 1984 we decided to get married and then partake of the “or what”.
Posted by EHT at Saturday, April 01, 2006

I'm thinking we ended up (in the calendar switch) with the best end of the deal: a terrific reason to party in the middle of winter's gloom, and then right along about now, when things are starting to look up again, another chance to relax, have some fun, and maybe celebrate a bit.

Polski3 commented on my post titled "Do You Know This Woman?" and asked some pointed questions about the trout fishing issue. No, I didn't fish. I just gazed adoringly at my man as he fished. He was in the Navy and spent many weeks at time away from home. He was home on leave and had just landed a shore duty assignment. After having dated about six years it was the right time.