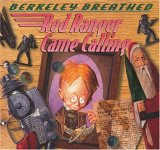 I would say that after fifteen hundred plus days confined in small places with fourth and fifth graders I could be considered somewhat an expert regarding the mental and physical development process of eight, nine, and ten year old children. The boys and girls who pass through my classroom each year are a rare breed and care must be taken to ride the fine line between planning activities that ooze all the wonder of childhood and those that acknowledge the pre-teen angst that is always hovering in the back of my room like the smell of dirty gym socks or a few forgotten and half empty milk cartons shoved to the back of an extra desk.

Students love to color, but would absolutely die if I tried to hang their color sheets in the hallway for others to see. They love to write letters to Santa but would never want anyone to know they chose that particular writing choice and would lie to their dying day they wrote about their favorite present of all time instead. To put it simply gather up a group of fourth or fifth graders and you won’t be able to find a single child in the group who will admit to believing in Santa.

I still believe in Santa Claus. Yes, I know you probably think I’m silly, but I still remember that magic feeling in the the pit of my stomach that began right after Thanksgiving and became a little stronger each day until Christmas Eve. I still remember the joy of delightful anticipation as I would wiggle myself up underneath the Christmas tree so I could see the twinkle of the lights straight up through all of the prickly needles and the intrigue of each package and what it might contain. I still remember the excitement of standing in line at Rich’s Department Store at Greenbrier Mall in order to receive my 30 precious seconds with Santa to tell him what I specifically wanted. It did not matter that the man in the white beard was only a helper. He was my direct line to the Big Guy.

Christmas Eve morning I would begin mentally checking off each little family event that would get us closer and closer to Christmas morning when I could finally open the mountain of presents Mom and Dad would have under the tree and the joy of discovering what Santa had brought. First, I had to trudge along with mom to the Kroger at Jamestown Shopping Center for last minute things we would need. Then our last few Christmas cards that had turned into New Years greetings had to be mailed at the Red Oak post office. The rest of the afternoon while Mother hummed along to the oven timer I would try to make the time pass faster by keeping myself busy building a dining room table fort with a blanket or watching one of the three or four television channels we had back in the olden days. Finally, my grandfather would arrive with some sort of diversionary toy that was almost always the metal wind-up kind like the hopping monkey seen here with cymbals (kind of scary, huh?). Dad 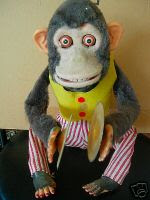 would come home from work and Christmas Eve dinner would be served. It would seem like the adults would talk forever and ever, and ever before they would venture into the living room and we could open a few…..a few of the presents under the tree.

Mother always picked which presents we would open and invariably we would open new matching nightgowns and oh-the-horror- new underwear which Dear Sister and I would promptly place on our heads for the annual underwear-on-the-head picture (Dear Sister and I have now severely injured the psyches of our children with this custom as well). Over the years there were games, clothes, jewelry, Lite Brites, and various things for me to play school with such as a bona fide black board. One year Santa brought my sister and I a racetrack, another year a prize-winning pony walked up our front steps and greeted me by clop-clopping all over our very large front porch, and another year I received my 10-speed bike I eventually used to ride by some old boy who would eventually become my wonderful husband. I must have logged a thousand miles or more on that bike when I was trying to get him to notice me.

I have never taught a child who didn’t celebrate Christmas in some way, so I always share my happy magical moments of Christmas history with my wee ones in hopes to get them to connect with their own customs and memories since memories become our history only to be shouted down each year that there is no magic and Santa simply does not exist.

The more I profess to believe…the more I get shouted down.

“Gee, Mrs. Elementaryhistoryteacher…..you should know this by now. Your parents buy Christmas for you.”

“Santa is for babies!”

“I’m sorry, Mrs. Elementaryhistoryteacher, but I’m too old to believe in something like Santa.”

No, No, No I would counter. You have to believe. Santa can’t come if you don’t believe. It really pained my heart to see my students so jaded at such a young age regarding my friend Santa Claus, but no matter how much I tried to encourage belief they just wouldn’t believe.

So, I was very happy some years ago when I found the wonderful book by Berkeley Breathed titled The Red Ranger Came Calling. It’s a lovely story set in the 1930s that lends itself well to a rollicking read aloud for students. The artwork is supurb. A few years ago I made color copies that I used with the overhead as I read….later I scanned them and placed them in a Powerpoint. It also is a story that the author’s father told the family each Christmas Eve so it fits even further into what I’m attempting to do with students regarding tradition and making memories.

For various reasons the little boy in the book has become disillusioned with the adults in his life and feels the pains for a toy he knows the adults around him cannot afford in the Depression Era…..an official Buck Tweed (a cinema hero of the era who also was known as the Red Ranger of Mars) two-speed crime-stopper star-hopper bicycle to save 23rd century princesses from space nazis and princess nabbers.

After hearing a rumor that Santa…..yes, the real Santa has retired nearby he seeks him out. The Red Ranger challenges Santa and basically says put up or shut up. Bring me what I want and prove you’re Santa. The Red Ranger demands the same present he knows that is out of the reach of the adults in his life….the special bicycle.

During the Red Ranger’s explanation regarding what he wants there is a huge miscommunication between Santa Claus and the the Red Ranger and students discover the old man really was Santa at the same moment the Red Ranger does. You see Santa does deliver the bike. It’s just that he misheard and thought the Red Ranger wanted a treed bicycle instead of a tweed bike. The delivered regular run-of-the-mill bike has been left in a tree instead of the usual spot by the tree.

One of the best moments of my Christmas each year has been turning to the final page and showing students the picture seen below with the words “If you don’t believe me it’s still there.” As you can see from the image below there is indeed a treed bicycle. When children still doubt me I ask them to head over to the computer and search for the setting of the story which is Point Robinson on Vashon Island. My doubters do this and are again astounded when they locate the very picture in the book and verification that there is indeed a treed bicycle located t 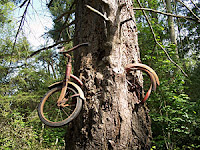 here.
Mouths drop open and several conversations start at once. Suddenly my students who think they are too old to believe in Santa rethink their priorities and for a minute….just a minute….we are all children again wallowing in the wonderment of Santa Claus and we all agree……it’s not such a bad place to be.

The Amazon page for The Red Ranger Came Calling has additional information and reviews.

A webpage for the lighthouse at Point Robinson is here and mentions the tree
Posted by EHT at Monday, December 17, 2007

That sounds like a super neat book. And man, those wind-up monkeys freak me out. I blame Stephen King.

I love reading your blog, but have a small question. You wrote. "I have never taught a child who didn’t celebrate Christmas in some way, ". Have you never, in all those years of teaching, had any Jewish students?

a teacher from Israel

Mike, I forgot how terrifying those monkies were until I actually looked up an image of them. Eeek!

Teacher from Israel...thanks for reading my blog. The city of Atlanta has a long Jewish heritage as does our first city, Savannah. However, I have not actually ever taught a Jewish student in the public school system where I work which is about 30 minutes outside of Georgia's capital.

I would just like to share that I still get butterflies when I go to sleep on December 24th, and I still wake up December 25th at the crack of dawn because I can't sleep in.

I shared this with my freshman, and you'd think I'd said that iPods are overrated.

I was so excited when I saw your blog that I ordered the book. Amazon says that it will get here on Thursday, so this will be the last thing I do with my students on Friday before I send them home. I have heard their mutterings and their little quiet arguments among each other; I read one of Laura Ingalls Wilder's stories today - but this one will be the icing on the cake. I can't wait!! Thank you so much for a wonderful post (I go to bed with butterflies, too, and wake up way too early) and a wonderful way to send my students home.

Anonymous, isn't it amazing how those butterflies never leave....

Teachergirl, I'm so glad you found my idea usable. I do hope the book gets to you in time. I always reread it a few times before I read it aloud to the kids.

I generally ask the entire class before I begin if anyone has ever read the book to them before. The answer is usually no, but if someone raises their hand we go and have a talk in the hall real quick and I bribe 'em to keep their mouth shut. :)