...and Another Year Makes Fifteen! 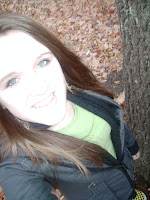 It’s hard to believe Dear Daughter is fifteen today. It seems like it was just yesterday when I wrote her birthday post last year, and now it’s time to do it again.

Of course, she’s not the only person born on this date. She shares her birthday with Chelsea Clinton, Ralph Nadar, and acrress Joanne Woodward. Dear Daughter also shares her special day with Elizabeth Taylor, Marian Anderson, and Henry Wadsworth Longfellow, and don’t forget John Steinbeck.

A short-list of historical events for February 27th include:

*The 15th recorded perihelion passage of Halley’s Comet in 837
*Henry IV was crowned King of France in 1594
*The first Mardi Gras was celebrated in Mobile, Alabama in 1703
*Washington D.C. was placed under the jurisdiction of the U.S. Congress in 1801
*Warsaw Massacre Russians fired on a crowd demonstrating against Russian rule of Poland in 1861
*John Menard was the first black man to make a speech in Congress in 1869
*A challenge (Leser v. Garnett) was made to the 19th amendment (allowing women to vote) was rebuffed by the Supreme Court of the United States.
*U.S. troops landed on Iwo Jima in 1945
*The government of Italy asked for help to keep the Leaning Tower of Pisa from falling over.
*Supporters of the American Indian Movement began their occupation of Wounded Knee, South Dakota, site of the 1890 Sioux massacre in 1973
*Terrorists occupy the Dominican embassy in Bogota in 1980
*Divorce became legal in Ireland in 1997. 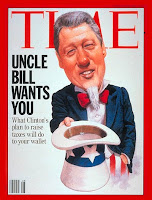 Finally, what’s a birthday without knowing what the cover of Time Magazine looked like during the week of your birth? Here it is for February 27, 1993:

Happy Birthday Dear Daughter! Your father and I continue to love and support you in anything you choose to do. We marvel at your devotion to the Lord, your tenacity to do things on your own, and your depth of creativity!