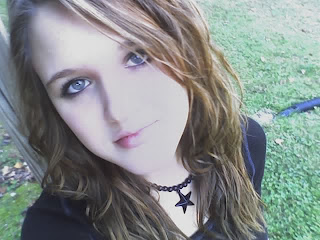 On this day in 1993 the Lord blessed my husband and I with a baby girl.

There never was a child who moved as much as Dear Daughter while their mother carried them. She moved constantly. She turned, she punched, and she stretched. She MOVED all the time. She wanted out and by the time her birth finally occurred I wanted her out too.

Her movement didn’t stop at birth either. She moved constantly flinging her arms, being vocal, and her legs moved all the time too. It was chore just to dress her. You would get one arm in and while you worked on the other she would work a leg loose. Patience….I guess that was the lesson I was to learn with Dear Daughter. I’m still working on it, but I have learned to let her BE sometimes.

She began to stand early and would hold to to her playpen and squawk at us as we went about our daily activities. As she began to take her first steps she was so independent… if you attempted to put your hands on her to steady her she would turn red in the face and scream at you like you had injured here in some way. Her first sentence was, “I dood it MYSELF!”

Sleep? The kid never slept. Her Dad and I still wonder about vampire tendencies because she appears to need no sleep. As a toddler we tried an organized bedtime, but she’d be up in no time playing or going about her little business of tearing the room apart, and I’d end up close to having a heart attack I’d be so upset with her. I finally gave up, put up a baby-gate, told her goodnight, turned up the baby monitor, and went to bed. In her own time, in her own way she would eventually crawl up in the bed and go to sleep.

I guess you could say she is a lot like me in many ways. That’s why she can infuriate me and amaze me at the same time, I guess. However, unlike me at fourteen she chooses a path and doesn’t let her peers influence her. She has her own mind and she uses it. I admire that most about her.

Back in pre-school she came home one day so upset. It seems the class had been discussing their birthdays and where everyone was born. When Dear Daughter told her classmates many did not believe her. The teacher had a problem believing her too. The reason…..Dear Daughter was born at home. Yes, it was planned. Yes, it is what I wanted, and yes, it was an incredible, wonderful experience. Dear Daughter was born early on a Saturday morning around 1 a.m. I got up, took a shower, and put on my pre-pregnant jeans and off to the hospital we went. The midwives who assisted us wanted me to be checked just in case. By Tuesday of the next week I was back on a normal scheduled including going to the grocery story and I even vacuumed a floor. Homebirth is not for everyone, but it was for me.

Dear Daughter walks by the spot where she entered the world several times a day. I did end up getting with her teacher and letting her know that Dear Daughter was not confused about being born at home. Later when she reached elementary school there was no confusion as I was the PTA president at the time of her birth. The principal at the time had been at the school simply forever and it was a very nice loving community of students, parents, and teachers. After Dear Daughter awas born Mr. M. would simply grab her up everytime I entered the building and would go on “walkabout” with her to show her off. Later on as she was a toddler I would be busy speaking with the school secretary or a teacher about a PTA matter and Dear Daughter would sneak off. I would find her on the floor of the principal’s office playing with blocks, in the media center moving the books around, and there was one particular fifth grade classroom where she had her own corner and would walk in without saying a word, sit at her desk, and get busy with the business of learning. She was the school mascot. Once she actually entered the school as a student we all had to work together to get her to understand she no longer had free reign over the entire building.

As a toddler Dear Daughter was my assistant as I owned my own business doing legal research. She would go around with me to various courhouses in the Atlanta area where we would look up this and that. She was pretty good, but she always wanted to know when we would break for lunch.

One of Dear Daughter’s greatest assets is she is a great friend….not just to kids her own age but she has friends of all ages including many of the elderly at our church. We generally have to wait an extra 20 minutes for Dear Daughter to go around hug people. I’m glad she is comfortable with people other than her contempories and she seems to understand that these people love her and are there for her if she needs their guidance.

Tonight we will take Dear Daughter out for dinner and celebrate her special day. This year we are bringing along a special friend….yes, a boy. They’ve known each other since they were five, met at church, and have a great friendship. While we will have great conversation and great food one thing that will probably be missing from our birthday celebration is the “Happy Birthday Song”. You see….we were never able to sing it to Dear Daughter. She would get mad, red and in the face, squall, scream, and just get plumb ugly about it. She was the same way about Santa Claus as well. I have pictures of several years of Santa with Dear Son, but NONE of Dear Daughter.

Well, like I said she does make her own independent way in the world.

Dear Daughter... Dad and I love you very much and wish you a very happy birthday!
Posted by EHT at Tuesday, February 27, 2007

The uncle dear would also like to wish this special girl a wonderful birthday.Hope you get everthing you want.I dont know about the boy though.love chris

What a delightful child! Lovely inside and out. You have every right to be proud of her.

Thank you for the comments everyone. Dear Daughter enjoyed her day in the spotlight.

A special thank you to Dear Uncle who took the time from his busy day to comment. Dear Daughter was touched.:)

happy birthday to your daughter dear!