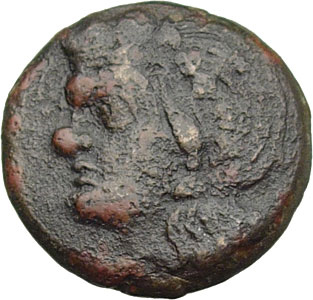 This post comes by way of Darren over at Right on the Left Coast who so correctly stated:

There are two things that get kids in history’s grip----speakers with first hand knowledge and stuff.

I agree. Great history teachers use stuff. Everywhere I go I look for stuff I can use in my classroom. I can ruin any good vacation by looking for stuff. Recently I traveled to Nantahala Village in western North Carolina with members of my Sunday school class. Some of us went over to the tourist mecca of Cherokee to see what we could see.

In case you didn’t know……the ancestors of the Cherokees, who currently live in North Carolina, are parts of the tribe that split off during the round up of Native Americans during that dismal memory of history called the Trail of Tears. The American military tried to pursue the fleeing Cherokees, but the rugged terrain helped the natives escape.

While in Cherokee, I bought an honest-to-goodness Native American tomahawk-----not one of those colorful, feathered, made-in-Japan types either. This is a real tree limb and a real rock fashioned together as it would have been thousands of years ago. I’m excited about this because I always have a group of kids who ask, “Well how did they connect the rock and the stick?” Now I have some stuff to show them.

I also found some great postcards that are actual pictures of Native Americans taken back in the 1800s. I’ll laminate these and use them for display in some way. Of course, I also bought some obligatory arrowheads (probably fake), but I can still use them in the classroom.

I have a lot of stuff in my classroom. I have one of my great grandmother’s poke bonnets I pull out during our romp through the frontier. I have old bottles I found at one of the old home sites on my Dad’s property. I have copies of pictures taken of my family that show how folks dressed, and how serious they were back then when they had their pictures made. I have copies of letters written by real people throughout history that I have found and copied for kids to analyze not to mention a large collection of documents and maps.

Yes, the stuff of life is history, and as my post title suggests in Latin….put history into the hands of your students. Make sure they have stuff.

Darren also provided a link to a fantastic opportunity for stuff. Ancient Coins for Education can help you obtain Greek and Roman coins to use in the classroom. The website provides lesson ideas and tried and tested lesson plans. While these plans are for older students at the middle and high level there are some that can be adjusted.

In my curriculum I don’t teach about the Greek and Roman civilizations, however, I do teach about the formation of our government which is based on some of their ideals so I can see a reason why I might want to utilize these coins. Even at nine years old my junior historians need to see this kind of stuff. We can compare and contrast the old coins to our currency. We can tie in our coin examinations with the Articles of Confederation, our first plan of government before the current Constitution. One of the problems with the Articles was each state had the right to coin money. The current Constitution places the right to coin money directly with the Federal government. By simply tying in that one piece of content you are free then to discuss how our money is designed and how and why the different symbols were chosen. Another activity the young ones could do as an assessment after the end of the lesson is students could design their own currency based on certain parameters the teacher would formulate according to curriculum needs.

I’m excited! Another opportunity for more stuff! Thanks, Darren!

I spend vacations looking for stuff too and it is a standing request that anyone going out of country should select a flag for me if they insist on buying gifts for those at home. My students love my history stuff so it really makes me feel better about spending the time to find it or photo it.

I agree. I love my stuff!