Is History Important? A Reprise 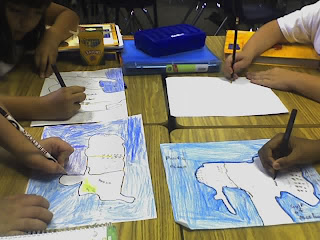 Polski3 has reviewed an article concerning the large numbers of higher learning centers that are no longer requiring any history for graduation.

As Dorothy Parker would say, “What fresh hell is this?”

Go read the rest of Polki3’s post here (Aren’t we glad he’s back to blogging!?) His observations regarding less emphasis on history at the elementary and middle levels is correct from what I can see, and my main comment to the source of this silliness is BALDERDASH!

I agree with Polski3 that we all need to make our voices heard. As NCLB is up for reauthorization we should make a plea to Congress to make sure Social Studies and Science are added to the requirements of the No Child Left Behind legislation.

One of Polski3’s commenters mentioned Richard Dreyfuss, the actor, who gave “dire predictions” in a recent interview regarding the teaching of Civics. This issue took a particular turn over at Dennis Fermoyle’s blog From the Trenches of Public Ed. Where he garnered a whopping 29 comments regarding teaching the Constitution and what some perceive as a lack of teaching in the area of Civics. You can see his post here.

So, is history important? I asked this question last January on my seventh day of blogging. I’m running it here again as I think it’s appropriate to do in light of recent events.

One reason why history is important it that the past has value to our society. Thousands of people throughout history have gone to great lengths to record history through newspapers, diaries, journals, saved letters, family Bibles, and oral traditions. It is believed that Aborigines of Australia actually managed to hang onto their history for 40,000 years by word of mouth.

History is the narrative of mankind. It provides answers as to how people lived as well as provide for us the roots to certain ideas concerning laws, customs, and political ideas. Have you ever wondered where the rude gesture of pointing your middle finger at people you are annoyed at came from? One origin story states it reportedly began at the Battle of Agincourt where the French demanded the surrender of the English longbow men. The French demand was very simple. The bowmen had to surrender immediately or upon capture they would have their middle fingers cut off. This finger was sacred to the men since it was the finger used in firing the longbow. The English response to the French demands was to raise their middle finger and raise their hands high in the air in unison for the French to view. This enraged the French who attacked immediately but were promptly obliterated by the plucky English. Think about their bravery the next time you are tempted to raise that finger.

The age-old adage, “you can’t know where you are going unless you know where you have been” is actually very true. A true scholar of history realizes history does repeat itself. This repetition has importance in society. It teaches the value of certain social changes and governmental policies. Ideas that were presented in the 1960s can be found in the writings of William Godwin in the 1790s. The Ancient Greeks redistributed wealth which was clearly repeated during the Communist regimes. It didn’t work for the Greeks and it certainly did not work for Communist Russia.Though the Greeks had strange ideas about wealth they were firm believers that history was something that people could learn from.

I began my love affair with history as an elementary student who read each and every biography my media center possessed. I was fascinated with the famous people I was learning about since they had a childhood like me and I was intrigued at the twists and turns their life took on their journey to achieve their goals. I remember particularly the biography I read about Woodrow Wilson. He held my interest because he was born in my home state of Georgia. He provided a character education lesson because he showed great tenacity as he never gave up even after several failed businesses that resulted in a bankruptcy. History provides a wealth of material to teach character education, both positive and negative.

History teaches a wide range of material. It isn’t simply a litany of dead people, places, and dates. I am amazed all the time as I discover links to science curriculum and the arts in the units I teach. You can’t teach United States regions without mentioning that each region has its own ecosystem made up of specific food chains, climates, and physical features. A study of history clearly shows man’s love of the arts and it cannot be denied that once a civilization was able to maintain a steady food supply their creative ideas flowed whether on rock walls, papyrus, or cedar bark. These links provide relevance for students. It assists them to take small chunks of history squares and weave them into a knowledge quilt.The links that students can discover between history, science, and the arts provides a well constructed framework that bond national and regional past events. This allows for comparisons with contemporary events to provide context for understanding. The American Revolution was basically our first national event. The powers that be in my home state of Georgia like for students to learn the significance of historical events as they relate to our state. Before we get into Georgia’s participation in the Revolution I have introduced the events leading to the war up to the Battle of Bunker Hill. When they realize we are going to talk about Georgia’s participation they get real excited and quickly get really upset. They are very disappointed to learn that Georgia fell very early in the war to the British. They learn that we have some war heroes but the majority of colonists in Georgia were Tories. Georgia was not the hotbed of revolution that Massachusetts or Virginia was. We then embark on a mission to understand why Georgia was not heavily involved in the independence movement.

History when presented properly lends itself to critical analysis. Even young students are capable of reviewing a series of primary and secondary resources and independently determine what happened during an event and why. This independence is a goal we have for all students throughout all disciplines of education. History is a perfect curriculum tool to practice analysis, generalizing, and inference. In fact, the Bradley Commission Report on History in the Schools (1988) states, “…history is the only avenue we have to reach an understanding of ourselves and our society. Without such understanding the two foremost aims of American education will not be achieved---the preparation of all our people for private lives of personal integrity and fulfillment, and their preparation for public life as democratic citizens.

"The question I pose in the title is a no brainer to someone like me. You see, I am one of those people who can be totally consumed by large twenty pound history tomes. I love the intrigue, story-twists, coincidences, and repetition of themes involved in history. I’ll read the history of anything. The history of butter, word histories, Mandarin Chinese, buttermilk, famous cats in history, the history of knitting, obscure African tribal histories, and yes…..American history.I strongly identify with a character in the Kingsley Amis novel, Lucky Jim, who works in the history department of a fictitious English university when he answers the department telephone by stating, “History speaking!” We are all history every minute of every day. We participate in the history of our families, we add to the history of the corporations and businesses we serve each day at work, and we participate in history as we vote, compose a letter to our congressman or a newspaper editor or attend a demonstration or memorial.

Recently I was looking at a website attached to the University of Utah where a history professor was reporting that he had asked one of his history classes of two hundred students, “Why is history important?” A student spoke up and honestly answered very matter of factly, “It’s not important. It’s about dead people, not about me.” The professor stood his ground during a deafening round of applause from the other students and countered, “Well, I see dead people. I hear dead people and ……so will you!”

Is learning history important? You bet it is!

If you agree with me and think history is important contact your Congressman and encourage him or her to include Social Studies and Science in the requirements of the No Child Left Behind Act.
Posted by EHT at Tuesday, December 19, 2006

While I worked at the National Archives every day I walked by the quote chiseled in granite that read, "What is past is prologue." Doesn't that answer your question completely?

Yes, that does answer my question and I firmly believe it.

Thanks for the mention of my post on the teaching of history. You make some excellent points in your post as to WHY history should be taught (and valued). Have a Merry Christmas!

Your blog is really helpful. I am always having fun reading and recalling the history that we have. For me, history really makes a big contribution to each and every country for what they are now. Having stable community, ways of leadership, and others really came from how and what events and people did.