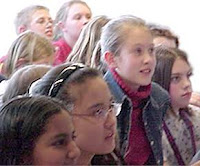 I love to tell the story...'twill be my theme in glory...

Yes, I agree today’s title is a very great hymn, and I do love to tell “that” story best of all, but there are many other stories I can’t keep from telling in my professional life even if it means using precious minutes that should be used for unpacking those standards, assigning performance assessments, and attending the latest attempt at an educational assembly.

For example, I love to share with students the story of Washington crossing the Delaware and the events of the Battle of Trenton when the General urged his men on in crossing the icy Delaware followed by a march in the bitter cold only to discover that much of their gun powder was wet. Washington was hoping for a surprise attack on the Hessian forces led by Johann Rall. The irony in the story is not lost on my young students as they realize the stupidity of Rall. A note was found in his pocket following the battle that told advised Washington was on the move. Rall had not paid much attention to the note because he was too busy playing cards. The story of the battle gets even more interesting when students take a look at the famous painting Washington Crossing the Delaware.

I love to compare today’s media hype with those people long ago who joined the bandwagon to shout, “Remember the Maine!” In 1898, the battleship U.S.S. Maine was sent to Cuba to protect U.S. interests in the area. While at anchor in the Havanna harbor the ship blew up. While it was never determined that an unknown enemy had caused the five tons of powder on the ship to explode the U.S. media encouraged war with headlines such as “MAINE EXPLOSION CAUSED BY BOMB OR TORPEDO” and ‘THE DESTRUCTION WAS THE WORK OF AN ENEMY”. Newspaper artists even recreated images of saboteurs fastening underwater mines to the hull of the Maine even though there was no proof that those events had happened. Newspaper magnate Randolph Hurst offered a $50,000 reward for information regarding the truth. Once the “Remember the Maine” cry became viral citizens across the country were speaking out against Spain and were burning the Spanish in effigy. In recent years students have had very grown up discussions regarding how media hype can help support a war or change the popularity of a war depending on the political climate in the country.

Telling the story of little known Americans like Ike, Peter, and John (they aren’t who you think they are) are very powerful educational tools, and I love to share these seemingly unimportant Americans. Students should realize the American story can be told by normal everyday Americans and not just the ones found in their text and trade books. While our traditional historical figures provide the framework our lesser known figures and the stories of our own ancestors can help us to understand events in history.

I love telling the story behind the story---we don’t simply arrive at a point in history by magic. There is always a backstory---a web of various other stories that dovetail and fit in many different ways depending on a given point of view. For example, answering the question have we always had terrorism or is it something new can lead students in all sorts of directions.

While I understand the requirements of my position with regards to beginning at point A and arriving at point B before testing time I love to use historical stories to teach character education. I think it is very imnport to teach kids to understand what motivates someone like Benedict Arnold or what causes a great political leader like Button Gwinnett to self-destruct as he did. Teaching students to evaluate the actions of historical characters is just one step towards developing citizens that can analyze events as their life unfolds---events that effect taxes, waging war, and most importantly elections. Just imagine....a literate electorate!

There are many reasons why I love to tell the story....the main one being I'm just compelled to do it.

Off topic, I wrote today's post in my blog with you in mind. I'd love to see your comments, if any.

wow. I wish I wrote so eloquently. That was a great post and I loved how you used the hymn as your theme. And that is a very beautiful hymn. Almost had tears in my eyes. But I'm a man and a army vet - so I don't cry - ever. Trust me! ;)

You really expressed one of the major reasons why I want to be a history teacher.

Thanks a lot for your response, EHT. I really do appreciate it; you're a blogging and history teacher mentor of sorts to me. Actually, since my comments seem to sometimes vanish, i'm going to append your comment to my original post.

Wow. Amazing, amazing blog. I had to force myself away from hitting every link and rationalizing it has "research" -- Thank you for all your great work!

I do love your posts!

When I'm training educational tour guides I emphasize that we should be telling stories rather than reciting facts.

Each memorial and site should have a theme and story attached to it.

These stories engage them and stimulate curiosity; they absorb the facts through their questions and research.

Speaking of telling stories, I thought you might find this information about a new online application that might help our students tell stories:

Beautiful post!
My favorite history class was one in which the prof likened it to a soap opera and retold the stories rather than just spitting out dates.
Great Job Teach!
Christie

I had a history teacher in high school who regaled us with stories. That's how I learned that history is more than dates--it's tales of people, who for good or ill, change the world.

Hearst is also remembered for his promotion of the war -- the "ears" of his New York newspaper carried this little line: "America -- how do you like your war?"

Great post, ma'am. I learned a lot. Thank you!